Polish presence at the 68th Berlinale - February 15 sees the opening of the 68th International Film Festival in Berlin. The programme will include films co-financed by the Polish Film Institute as well as events related to Polish cinema.

"Mug" and "Dovlatov" in the Main Competition

The world premiere of Małgorzata Szumowska's new film "Mug" will take place in the Main Competition of the 68th International Film Festival in Berlin. The same section will also present a Russian-Polish-Serbian co-production entitled "Dovlatov", directed by Aleksey German, Jr. Both films were co-financed by the PFI - Polish Film Institute.

The Main Competition of the 68th Berlinale will feature 24 titles, with 19 of them competing for the Golden Bear. The films in this year's Main Competition will be judged by a jury composed of: director Tom Tykwer (chairman), actress Cécile de France, cinema historian, photographer and former director of Filmoteca Española Chema Prado, producer Adele Romanski, composer Ryūichi Sakamoto and film journalist Stephanie Zacharek.

The two films supported by the Polish Film Institute will compete for the following prizes: the Golden Bear for best film; the Silver Bear - Jury Prize; the Silver Bear for best director, best actor or actress, and best script; the Alfred Bauer prize for setting new perspectives in film art and the awards for best cinematography, music, editing and costumes. Both "Mug" and "Dovlatov" will also be judged by independent bodies such as the FIPRESCI jury and the ecumenical jury. Both titles will be presented in the Main Competition together with new productions by such directors as Lav Diaz, Gus Van Sant, Erik Poppe and Laura Bispuri.
More information about the film "Mug": en.pisf.pl/news/mug-in-main-competition-at-68th-berlin-iff.
For more information about the film "Dovlatov": en.pisf.pl/news/dovlatov-in-main-competition-at-68th-berlin-iff.

"Bless You!" in the Generation 14plus Competition

The animated film "Bless You!" by Paulina Ziółkowska (from the Film School in Łódź) is among the 16 short competition titles in the Generation 14plus section, where it will compete for the Crystal Bear statuette. The films in this section will be evaluated by two juror groups: a youth jury (7 people aged 14-18) and a jury made up of professionals from the film industry (3 people).

"Tower. A Bright Day" in the Forum section

This year will be the 48th time that the Festival has organised the Forum section, whose programme tends to include avant-garde films, experimental works and political reportage. Documentaries and feature films are treated equally - the most important element that makes the productions stand out is their merging of art and cinema.
Awarded at the Gdynia Film Festival, the debut of Jagoda Szelc, whose artistic supervisor is Mariusz Grzegorzek, is among 44 films from around the world which will be shown in the prestigious Forum section. The producer of the film is Film Studio Indeks, which operates at the Film School in Łódź. The Berlin screening will be the film’s international premiere, with the Polish premiere scheduled for 23 March. The distributor is Against Gravity.

Up-and-coming young director Marta Prus has been included on Variety magazine’s prestigious list of 10 European talents whose careers should be followed closely - "10 Europeans to Watch 2018". On 17 February there will be a special gala in their honour co-organised by Variety magazine and Medienboard Berlin-Brandenburg. 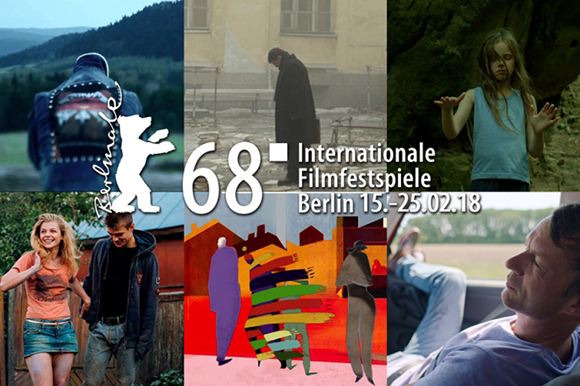 Berlinale Talents (formerly known as the Talent Campus) is a workshop for young filmmakers, which is being organised at the International Film Festival in Berlin for the 17th time. Four people from Poland are taking part in this year's edition of the event: production designer Małgorzata Karpiuk, film distributor Weronika Adamowska, producer Marta Lewandowska, and director and screenwriter Michał Szcześniak. Berlinale Talents 2018 will take place from 17 to 22 February.

On 15 and 16 February, the organisers of the Emerging Producers programme invite film-goers to meetings with producers participating in Berlinale. Poland will be represented in this year’s edition by Anna Gawlita from Kijora Film.
Emerging Producers is a promotion and education programme. Every year, the organisers choose 18 talented producers (17 from Europe and 1 representing the host country of the festival - this year Morocco) whom they provide with educational support, contacts and promotion. The main objective of the programme is to help in establishing contacts with producers from other countries, thus increasing the potential of future European co-productions. The main part of the project takes place in Jihlava during the International Documentary Film Festival at the end of October.

Polish involvement in the programme of the 68th Berlinale

This year's programme of the Forum Expanded section will feature a short film by Marta Hryniuk entitled "Cold Body Shining". This video work will be shown as part of the exhibition "A Mechanism Capable of Changing Itself" at the Akademie der Künste am Hanseatenweg.

The PFI co-financed German-Polish co-production "Whatever Happens Next", directed by Julian Pörksen, will have its world premiere in the prestigious Perspective Deutsches Kino section.

The programme of the Panorama section will feature the world premiere of the Ukrainian-Polish-Macedonian production "When The Trees Fall", by debuting director and screenwriter Marysia Nikitiuk. The section will also feature the documentary "Game Girls" by Alina Skrzeszewska. This film, a French-German co-production, will be competing at the Berlinale for, among others, the Teddy statuette - an award from the LGBTQ community.

Joanna Żak - programme coordinator at Wrocław's New Horizons Cinema - will be one of the speakers on the discussion panel entitled ‘Diversity for Creativity: Reaching Wider Audiences’ that will take place in Berlin on 19 February as part of the European Film Forum organised by Creative Europe MEDIA.

As every year, the second stationary session of the international script programme ScripTeast will be taking place during the film festival in Berlin. The meetings will give the screenwriters involved the opportunity to continue discussions on their projects and also to meet international professionals from many fields. Of the 11 projects taking part in this year's 12th edition, 4 are Polish:

Of all the projects to have featured in the programme to date, as many as 31 have been made into films, with 3 of them to be presented in the programme at this year's festival in Berlin. This is undoubtedly a huge success for the programme methodology, the screenwriters involved and the creative consultants invited to the programme.
The originator of ScripTeast is Dariusz Jabłoński, a director and producer, who developed it in cooperation with his closest colleagues, the producers Violetta Kamińska and Izabela Wójcik. The workshops are organised by the Independent Film Foundation with the support of the European Union's Creative Europe MEDIA Programme, the Polish Film Institute and Apple Film Production, in cooperation with, among others, the European Film Academy and renowned associations of international producers: The Producers Network, European Producers Club, Transatlantic Partners and ACE as well as Film New Europe.
More about the programme at www.scripteast.pl.

The film "The War Has Ended" will be presented at the Berlin Co-Production Market 2018. Directed by Hagar Ben-Asher, it was produced by Match Factory Productions (Germany), Madants (Poland) and Transfax (Israel).

As part of the Fair accompanying the festival, in addition to the titles featuring in this year’s programme, the following Polish films and co-productions will also be presented: "The Fastest" by Łukasz Palkowski, "Leo Da Vinci: Mission Mona Lisa" by Sergio Manfio, "The Man with the Magic Box" by Bodo Kox, "Maya Dardel" by Zachary Cotler and Magdalena Zyzak, "Miracle" by Egle Vertelyte, "Nina" by Olga Chajdas,"Once Upon a Time in November" by Andrzej Jakimowski, "Over the Limit" by Marta Prus, "Pity" by Babis Makridis, "Radiogram" by Rouzie Hassanova, "Silent Night" by Piotr Domalewski and "Titanium White" by Piotr Śmigasiewicz.

Polish Stand during the 68th Berlinale

The stand has been organised by the Polish Film Institute, the Association of Polish Animation Producers, Film Commission Poland and Telewizja Polska SA, and co-created by the Polish Regional Film Commissions. This is the 13th time the project has been organised and the 8th time that it will appear as a purely Polish stand. The stand will contain materials promoting Polish films, including the New Polish Films 2018 directory.

Film Commission Poland has prepared an electronic publication to assist interested foreign partners in establishing contacts with the Polish film industry. The English-language publication Poles in Berlin 2018 provides plenty of information about the participants and their projects, and the films and partners they are seeking.

The Berlin Festival will also feature the new issue of Polish Film Magazine, which will be available in electronic form from 15 February on the website of Film Commission Poland: http://www.filmcommissionpoland.pl/about-fcp/polish-film-magazine/.

The 68th International Film Festival in Berlin will be held from 15 to 25 February 2018.