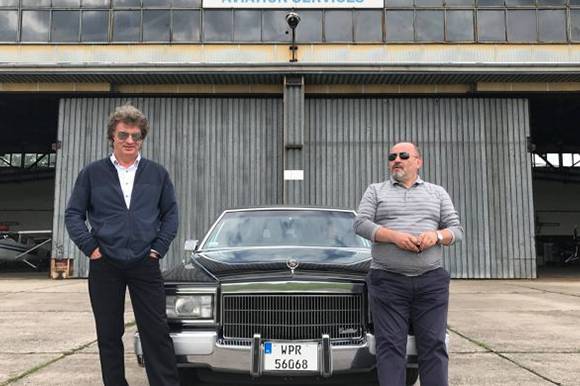 Art-B Made in Poland by Aneta Kopacz

WARSAW: Academy Award nominee, Polish director Aneta Kopacz teamed up with Canal + Discovery for a six-episode documentary series Art-B Made in Poland about the scandalous rise and fall of one of the biggest private companies in the history of Poland. The series falls in line with the newest strategy presented in April 2017, when the company promised to produce over 200 hours of Polish content each year.

The series produced by the Polish company Bongo Media Production is available to Canal+ Discovery subscribers starting with March 2018.

In 1990-1992 Art-B created a network of over 600 daughter-companies in 50 countries. The company turned over 5.3 m EUR / 22.5 billion PLN in just 18 months, surpassing several contemporary giants on the Polish market.
"I decided that I wouldn't be looking for the truth. When there is big money involved and equally bigger names from the world of politics, as well as different interests, the truth is unattainable. I wanted to meet the participants of these events and listen to their stories and their opinions on what really happened in the early 90's, when our country was reborn", Aneta Kopacz said in a statement.

Canal+ Discovery is a premium documentary channel, which launched in Poland in May 2015 as the first international joint project from the two companies, with the promise of investing in an increased number of domestic documentary content while airing no advertising. As a result, 120 hours of original Polish content aired annually.