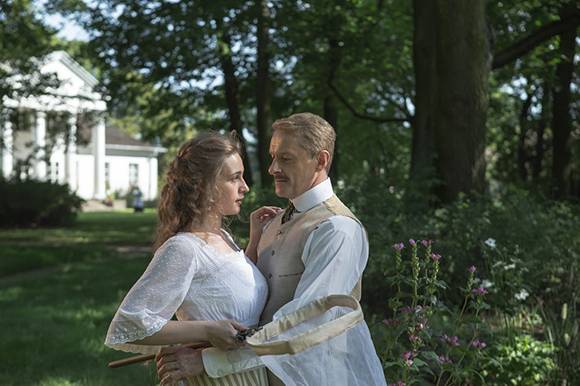 Ether is a psychological drama with a Faust-inspired motive, set at the beginning of the 20th Century in Galicia, about a military doctor experimenting with science in order to get power over people.

"He is a man who confused science with religion, and the two should never be confused; that is what this film is about. Ether was a source of great fascination by the end of the 19th Century; because of its power, it could heal pain and take away consciousness. In my film, ether is a metaphor as it becomes a tool of salvation and subjection," Zanussi said in a statement.

Ether was shot in Poland, the Ukraine and Hungary in two sessions between August and December of 2017. It is currently in the last stages of postproduction. The main characters are played by Jacek Poniedziałek, Andrzej Chyra, Małgorzata Pritulak and Maria Ryaboshapka. The DoP for this picture is Piotr Niemyjski.

The movie is produced by Studio Filmowe TOR in coproduction with the Ukrainian outfit Interfilm Production Studio, Lithuania’s Studio Uljana Kim and Hungary’s Laokoon Film, as well as Poland’s WFDiF and NC+. Ether was supported by the Polish Film Institute, the Polish Ministry of Culture and National Heritage, the Podkarpackie Film Fund, the Ukrainian State Film Agency, the Lithuanian Film Centre and the Hungarian Film Fund.

The film will be distrbiuted in Poland by Best Film. The date of the premiere has not been announced yet.

TOR Film Production
http://www.tor.com.pl/
This email address is being protected from spambots. You need JavaScript enabled to view it.