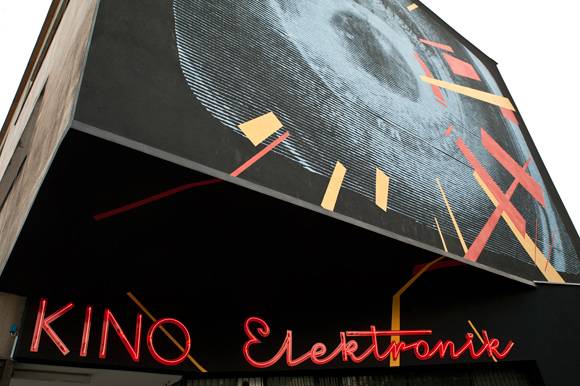 This month we speak with Marlena Gabryszewska, the manager of Kino Elektronik. The cinema opened three years ago but it is already one of the most important cinemas in Warsaw. The cinema became a member of Europa Cinemas in 2017.

Marlena Gabryszewska: We are a private cinema with two halls (with 400 and 26 seats) and we have three others cinemas in the neighborhood. They have existed for years, while we are almost new. Our cinema was built in the 60’ but it was closed from 2000 to 2015, so we had to re-build not only a building, but the brand as well. We had to decide what kind of cinema we wanted to be.

I am an art house cinema kid, so for me it was obvious that we had to try and provide quality without popcorn and cola, without advertising before the screenings, but with good films, the best coffee, home made cakes and nice staff. Another problem was the location. We are pretty far from the center and we are a part of a school complex, which means that we are not very visible as a building.

First of all we had to say loud and clear that we came back, but we didn’t have money for the marketing. So we engaded in a lot of collaborations with bigger initiatives, festivals and local companies and have done a lot of whispering marketing. It was really hard work, but we’ve made it. After three years we are one of the most important cultural places in Warsaw. 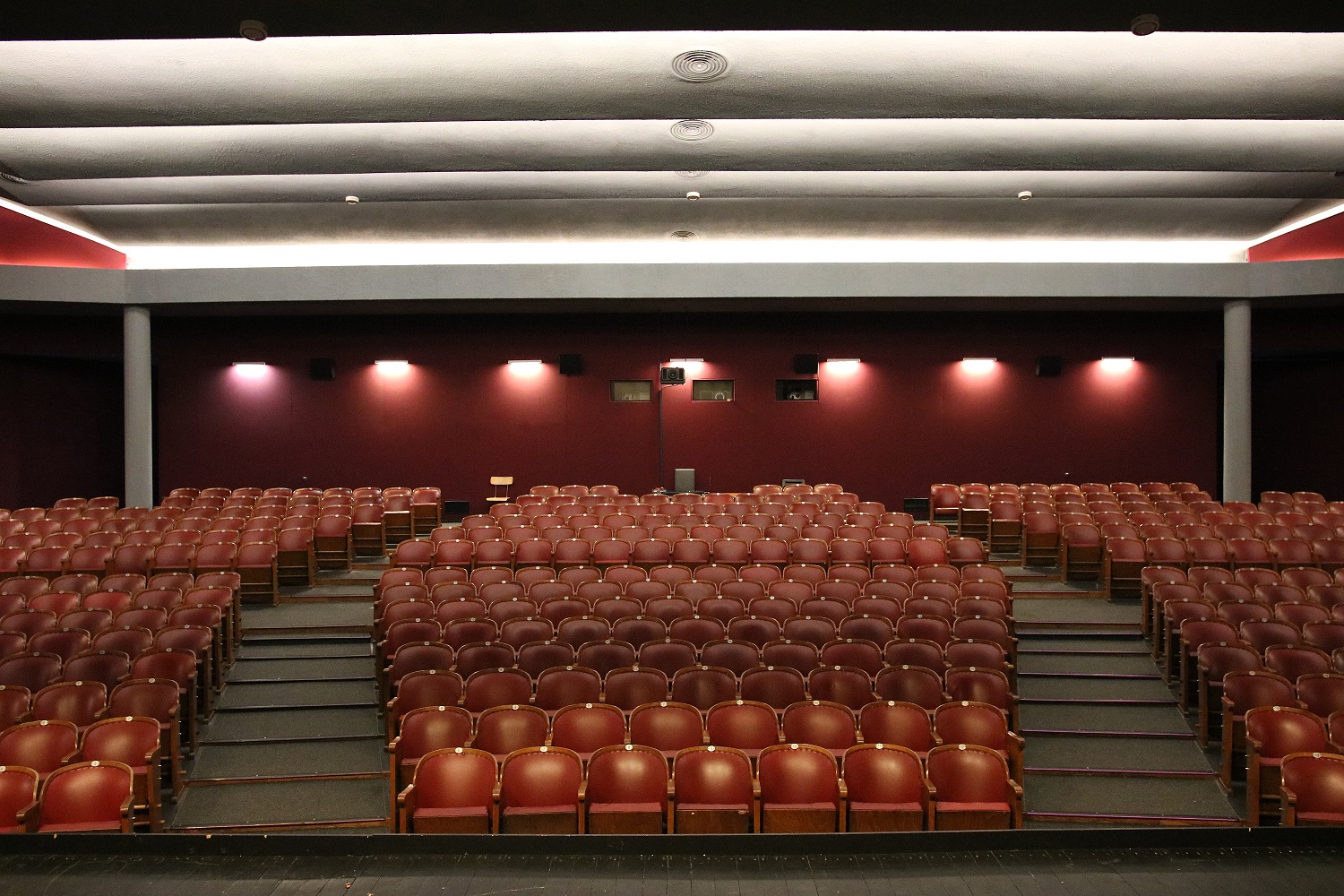 Marlena Gabryszewska: We are a typical old fashioned art house cinema without popcorn and long advertising before the screening, and we do not screen blockbusters like Avengers, 50 Shades of Grey or the Polish famous but commercial Patryk Vega’s films, because our philosophy is to build a cinema society. We consciously gave up easy money and I believe that a cinema is not only simple entertainment or just a place where you can watch a film.

Nowadays you can watch films whenever you want – in cinemas, online on your phone or on the tablet etc. We want to serve high-quality entertainment, because I believe that cinema is a place where people form a community. They come with friends to spend quality time together, watch a good movie or visit an exhibition (we have a small gallery in the foyer), or try good coffe.

We also have a lot of meetings after the screenings, not only with film crews, but with psychologists, historians and film critics as well. After three years of re-building we have a big group of regular viewers who feel like home in our space.

We prefer to screen high-quality European films, including Polish films. American films are maybe 2-3% of our offer. Our biggest hits so far were Perfect Strangers by Paolo Genovese, It’s Only the End of the World by Xavier Dolan and Loveless by Andrey Zvyagintsev. 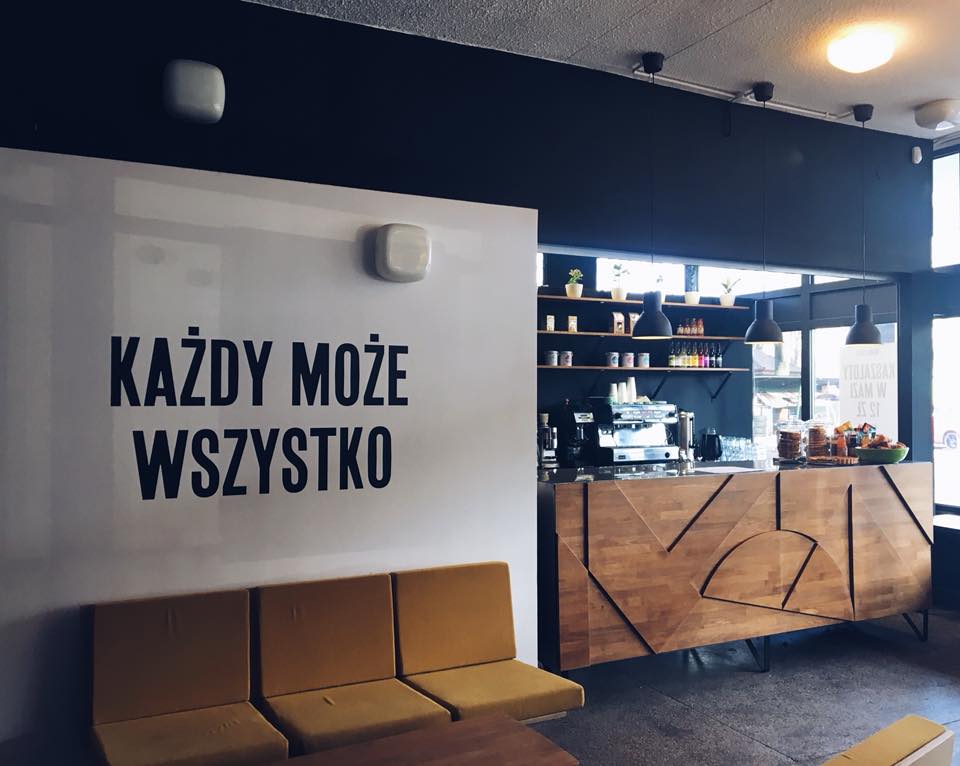 Marlena Gabryszewska: We like to work with big festivals because they are like cinema holidays, a special time for film fans and, of course, a good opportunity to reach new audiences. As we don’t have a big marketing budget, thanks to this kind of cooperation more people can hear about as and see our regular programme.

As for the events which we are preparing, we have as I said a very smart audience, who like to talk about the films they see. During these special events almost 90% of spectators stay after the screening. Of course I can see how good these special events are selling compared to regular screenings. I have to admit that I am so proud that we have this kind of an audience. 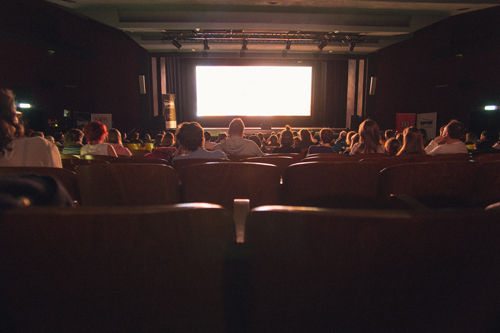 Marlena Gabryszewska: Being a member of Europa Cinemas is huge prestige and it also brings tangible benefits. We became a member of the Europa Cinemas network in 2017 after two years of existence. It was a big success for us as only 38 Polish cinemas are members of Europa Cinemas. In Warsaw, where there is big competition between the small cinemas and the multiplexes, we proved that art house cinemas still matter.

Europa Cinemas is also providing us with financial support, which is very important especially when you are a private cinema without grants.

Marlena Gabryszewska: We are organising a lot of events in collaboration with the City Hall, including special screenings for kids and seniors. We are also a very local cinema in a very specific part of Warsaw, where a lot of hipsters are living now, so we became a meeting place for them.

Our target are 25-45 years old people who graduated from the university and are very smart and choosy as well. We are like a good neighbor – very close, always with something interesting to offer, cheap and nice.

Marlena Gabryszewska: As I said, Kino Elektronik is part of a bigger high school complex called the Warsaw Film School. We prepare special screenings about the history of cinema for them and for „normal schools” as well, because we want to teach younger audiences how to talk about films.

My dream is to create a special programme called Under 18 just for young audiences, with movies selected by them and discussions after the screenings conducted by them. Promotion would be their job too. I see it as a one day in a month event only for them. It might be a great challenge for kids to do something for their colleagues and a great experience for me as well.

Marlena Gabryszewska: We still have 35 mm projectors and we are doing special screenings with classic films from time to time. But it became something unique, something for the geeks. Nowadays audiences are accustomed to high-quality picture and sound, and they want everything to be perfect. Of course, thanks to the digitalisation it is easier than 50 or even 20 years ago.

You can watch a two-hours movie on a small pen drive or you can even send it via internet. Actually you don’t need an operator anymore, you can programme the computer, which will display the film at the right time. It is easier, faster and cheaper, but for me it is like killing the cinema soul...

For many years I did the programming for the Iluzjon Cinema, which belongs to the National Film Archive. There a digital copy was almost like a crime. But on the other side, thanks to the digitalisation many classic movies received a second life. In 2018 we had a sold out screening in our 400 seats hall with Casablanca. This is what makes us happy. 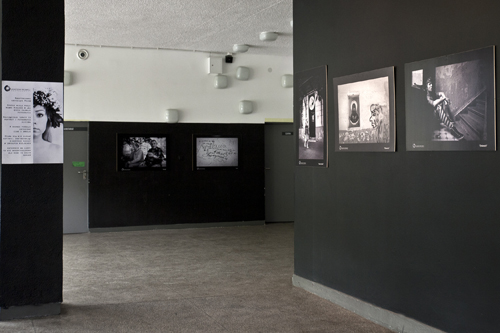 Contact:
Kino Elektronik
Ul. Gen Zajączka 7
00-518 Warszawa
http://kinoelektronik.pl/
This email address is being protected from spambots. You need JavaScript enabled to view it.