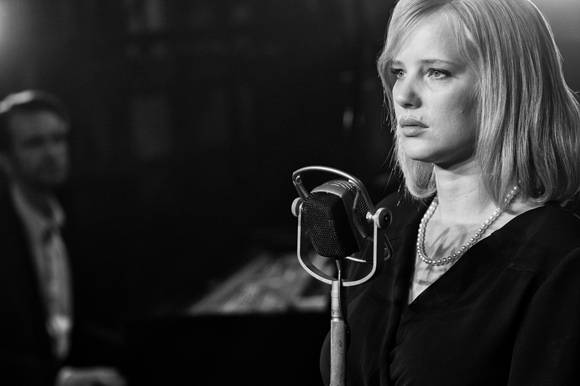 WARSAW: Cold War directed by Paweł Pawlikowski has been sold to over 15 countries in North America, Europe and Australia. The film which won Best Director for Pawlikowski in Cannes just hit over 400,000 admissions in Poland.

Cold War, starring Joanna Kulig and Tomasz Kot, is a drama about two people who can't live with or without each other. The film is set in the times of communism in the 50s and 60s in Poland.

"The times when we have to face history usually bring out a deeper truth about us. It is a story about young people of these times. About their great and difficult love, that was ran through the mill of history," Paweł Pawlikowski told FNE.
Cold War is a Polish/French/British coproduction from Opus Film, Apocalypso Film and MK Production. The coproducers are Arte France, Canal+ Polska, Kino Świat, EC1 Łódź - Miasto Kultury, Mazovia Film Fund, Silesia Film Fund and Podkarpacie Film Fund. The film got financial support from the Polish Film Institute, MK2 Films, Film4, British Film Institute and Eurimages.

MK2 and Protagonist Pictures are co-repping the international sales for Cold War. They informed FNE that Cold War was sold into distribution in several international territories including North America (USA, Canada), Europe (UK, France, Benelux, Germany, Italy, Greece, Austria, Spain, Portugal, Czech Republic, Scandinavia, Turkey), Asia (China, Japan, South Korea), Australia and New Zealand. Amazon is the US distributor for the picture and plans to premiere the film in December 2018 just in time for it to gain Oscar buzz.

The film opened in Polish cinemas on 8 June 2018 distributed by Kino Świat and has had over 400,000 admissions to date, surpassing the early results of Ida (Opus Film), the Oscar winning drama from Pawlikowski, which had over 100,000 admissions for the same period of time in cinemas (eventually reaching overall attendance of 1.5 m). This places Cold War in the top five local productions box office for 2018 and is a very strong result for an art house, black and white film in Poland.