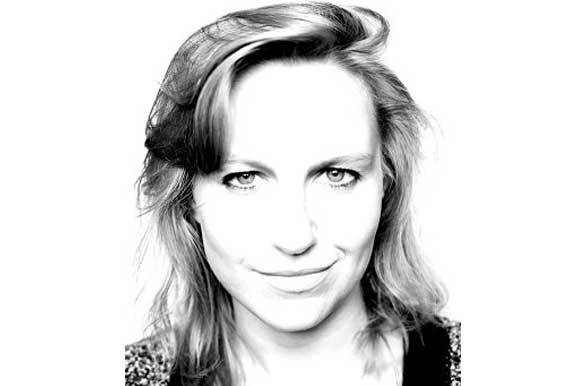 WROCŁAW: Weronika Czołnowska, Head of Industry at 18th New Horizons IFF, talked to FNE about the 9th edition of the New Horizons Studio+ workshop (27-30 July 2018 ) and explained why directors and producers should focus on marketing and promotion during the development stage.

The four-day workshop New Horizons Studio+ is part of the New Horizons IFF and was designed for director-producer teams, who come to Wrocław with a specific project to discuss and develop with NH Studio+ expert speakers. The event was co-organised by the New Horizons Association  together with Creative Europe Desk Poland in partnership with EAVE, the London Film Academy, Ale kino+, the British Council, the Romanian Cultural Institute, the Austrian Film Forum, the Cervantes Institute, the Embassy of the Netherlands, the French Institute and the Danish Cultural Institute.

FNE: What kinds of projects are usually selected for NH Studio+?

Weronika Czołnowska: These are original, challenging projects that I’ve been seeking out for in the last year at various film festivals and industry markets. We are especially interested in debuts that we can help develop and follow their progress throughout the production. A great example of how the NH Studio+ is effective is Fisheye, the debut from feature Michał Szcześniak, who took part in our workshop in 2017 with the producer Ewa Szwarc and won the pitching contest.

This year the project qualified for the Polish Days and will display its initial footage during our Works In Progress presentation in front of an audience of international film professionals. We are very keen on finding projects that make it to the big screen, and this year we also introduced another partner, Ale kino+, which is funding a special award consisting of a letter of intent with a promise of broadcasting the best project that gets produced in the future.

FNE: How did the change in NH Studio+ influence the work that you do with the participants?

Weronika Czołnowska: Firstly, our programme really became an intense workshop, where the participants come with projects they are passionate about and that they can get engaged with in a lot of individual work. The participants tell us that this is crucial especially because it allows them to really talk about the movie they want to make. This year we also decided to add individual consultations with our experts Aranka Matits, Raquel Cabrera, David Pope and representatives of our partners EAVE and the London Film Academy. That gives our participants a unique opportunity to brainstorm their project with people who really know the industry and are willing to share their know-how and knowledge with them.

FNE: This year NH Studio+ focused on promotion and marketing, why did you choose this direction?

Weronika Czołnowska: In 2017 the format changed, we invited teams of directors and producers so they could focus and work on their specific project. Since last year we do talk more about marketing and promotion, because we find that while there are many programmes focused on pitching, production or script development, there is a gap in training workshops where promotion and marketing are discussed when the project is still in development. We feel that the European film industry shows a tendency to tackle these issues in an early stage of production and we wanted to talk to both directors and producers, so they can get involved in this as soon as possible.

FNE: Why should they be involved so early?

Weronika Czołnowska: The idea of the NH Studio+ was always to add on to the knowledge that the directors and producers can't get in a film school, where naturally the focus falls to something different. Our mission is to show them that the sooner they enter this industry with an informed mind set, the better. This world is not always friendly and is full of various, competitive projects.

When our participants become aware of how significant the promotion of their project and their own auto promotion is, the more freedom they will have to shape their career path and their development as film creators. The more you know about it, the more you can influence your project. Our participants sometimes hear hard truths during our workshop, but it only helps them drive their projects further.