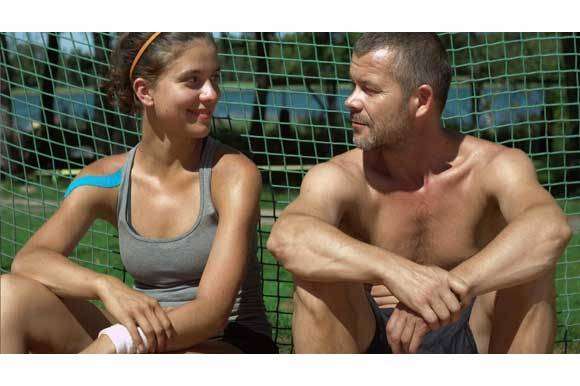 Weronika Czołnowska, Head of Industry at New Horizons IFF told FNE, “The films presented in the Polish Days are chosen by the members of the New Horizons Association and the Polish Film Institute. From a record number of submissions – 80, we have chosen 25 films and we are presenting five of them in the Completed Films section.

“We are happy to see that films that we showcased in previous years are coming back to us. That’s the case with The Mute by Bartosz Konopka or A Coach’s Daughter by Łukasz Grzegorzek, that even made it into the official New Horizon IFF selection. We are also very interested in original, challenging debuts or sophomore films, that is why this year we invited Jagoda Szelc and her film The Monument, Wojciech Pustola with the documentary White Cube and Agnieszka Polska with Hurrah, We Are Still Alive.”

The sophomore feature by Łukasz Grzegorzek, highly praised for his debut Kamper (Koskino), is a road movie following Wiktoria, a teenager who meticulously respects her dad’s routine for her to become a tennis pro: strict diet, exhausting workouts, 100% focus. She is growing tired and longs for freedom. She thinks of quitting sports, but is afraid of hurting her father’s feelings.

"I made A Coach’s Daughter to answer this question: Why did my father sacrifice everything to achieve nothing? Trainers are those who reach out for their dreams with someone else’s hands. Here, these hands belong to the trainer’s daughter, the daddy’s girl, who is objectified, compliant, and submissive to her father",  Łukasz Grzegorzek told FNE.

Natalia Grzegorzek is producing through Koskino. The budget is 350,000 EUR and the film received support from the Krakow Festival Office and the Polish Film Institute. The film was shot in summer 2017.  IKH Pictures Promotion is managing the international sales.

Production Information:
Koskino
www.koskino.pl
This email address is being protected from spambots. You need JavaScript enabled to view it.

The second film by Jagoda Szelc follows an artistic experiment during an acting student diploma film made at Lodz Film School. "The formula of the acting students’ diploma film was introduced at the Lodz Film School four years ago. Twenty young people wanted to graduate and become certified actors. However, my beloved school turned out to be a battle ground filled with traumatic experiences. But the school gave these students also this film, which became a closing ceremony of this stage of their lives", Jagoda Szelc said.

This metaphysical thriller is produced by Agata Golańska through the Polish National Film, Television and Theatre School in Łódź with a budget of 135,000 EUR. It was shot in 2018 with an ensemble of film school students. World sales are open and the premiere date is to be announced.

Production Information:
Lodz Film School
www.filmschool.lodz.pl
This email address is being protected from spambots. You need JavaScript enabled to view it.

The first documentary by visual artist Wojciech Pustola is set in Carrara, the Italian town famous for white marble extraction. It is a uniquely preserved world, a place out of time and it has always been a mecca for sculptors. Contemporary engineering has shaken the foundations of the town by developing a robot that can produce any 3D marble shape from a computer file. Gradually, human touch is lost.

“I have a unique access to this world as I am a sculptor myself. I work in stone by hand, but I also use a robot. There is something deeply sensual and spiritual in the process of sculpting with your own hands, while the art executed by a robot is different. It’s like making love through a web cam. No touching, no smelling, no tasting. Climax, though, is highly possible. Still, what is a work of art nowadays?", Wojciech Pustołs asks himself.

The film is produced by Marta Golba through Endorfina Studio with a budget of 110,000 EUR. World sales are open.

Production Information:
www.endorfinastudio.com
This email address is being protected from spambots. You need JavaScript enabled to view it.

Hurrah, We Are Still Alive

Visual artist and director Agnieszka Polska’s debut feature follows a team of hipster filmmakers waiting for the comeback of an influential director who left without a trace. We accompany Rita, an actress and ex-poet, who is preparing a new film, and Dirk, the director’s ex-lover who hires a killer to get rid of him.

"Hurrah, We Are Still Alive is a film that functions at an intersection of drama, comedy and suspense. I tried to combine the experimental style of editing, cinematography-based on close-ups and hypnotic sound effects, elements which I often use in my video arts, with a classical crime story. The main aim of the film is to examine how the phenomenon of influence functions in societies", Agnieszka Polska said.

The film was shot in 2018, and it is produced by Anna Gawlita through Kijora Film with a budget of 250,000 EUR. The date of the premiere is not yet known. World sales are open.

Production Information:
www.kijorafilm.com
This email address is being protected from spambots. You need JavaScript enabled to view it.

The new feature film from Oscar nominee Bartosz Konopka is set in early Middle Ages. Two men come to a pagan land: one to bring Christianity, the other to find a new way of life. They choose two different ways to reach the pagans. In the fight between dialogue and force, one of them will die.

"Several things inspired The Mute. First and foremost, I oppose all incontestable dogmas and authorities and so I felt the need to look for alternatives, new paths that could combine different ideas and ways of understanding the world, and not inflame conflicts. Secondly, it was my fascination with peaceful rebels, such as Christ, Gandhi, Martin Luther King and others. Thirdly, it was the wisdom that results from silence and the search for inner contemplation, which evolves in the ability to influence people with your presence, instead of empty words, ubiquitous banter or ideology", Bartosz Konopka says.

The project is produced by Ottter Films. It was developed during the EAVE workshops and it also received the Krzysztof Kieślowski Award at the ScripTeast workshop. The budget of 2 m EUR is partially covered by the Polish Film Institute, Eurimages and Screen Flandres.

Kino Świat will release the film domestically in 2018.  New Europe Film Sales is handling the sales.

Production Information:
Otter Films
www.otterfilms.pl
This email address is being protected from spambots. You need JavaScript enabled to view it.