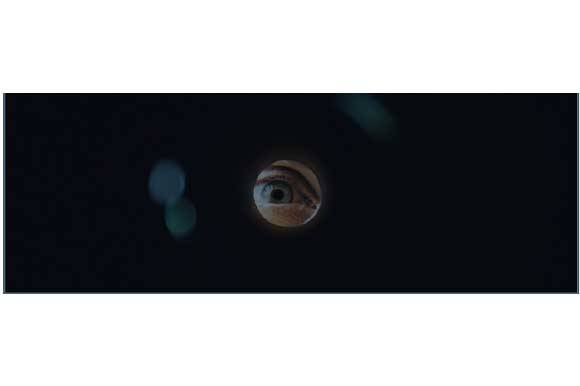 WROCŁAW: Nine Polish projects currently in production and postproduction were showcased on during the last day of Polish Days, an industry event held at New Horizons IFF, including new films from Jan Komasa, Jacek Borcuch and Borys Lankosz.

Weronika Czołnowska, Head of Industry at New Horizons IFF told FNE: “The selection for this section is really very similar to the festival selection. Once we get all the visual footage we can really compare the submissions and choose the best to showcase them for our international guests including sales agents, festival programmers and potential coproducers.

“We try and show them a spectrum of what is new and original in Polish cinema as well as films that would be in line with the profile of our festival, so we include projects that are looking for a new form, a bit rebellious like Wind Up by Tomek Tryzna.  We are also very happy that projects that were presented at Polish Days when they were in development come back to us in further stages of productions like Fisheye, Dark, Almost Night, Unpromised Land and Corpus Christi.”

PROJECTS PRESENTED IN WORK IN PROGRESS:

Corpus Christi is a story of 20-year-old Daniel who experiences a spiritual transformation while living in a youth detention center. He wants to become a priest, but it is impossible because of his criminal record. When he is sent to work at a carpenter’s workshop in a small town, on arrival he dresses up as a priest and accidentally takes over the local parish.

“The main character feels a calling, but in the face of limitations imposed by formal structures, it is impossible for him to follow it. It is a tragic conflict. In the film, I will try to answer the question whether it is something on the inside or on the outside that makes one a spiritual leader”, Jan Komasa said.

Leszek Bodzak and Aneta Hickinbotham are producing through Aurum Film (www.aurumfilm.pl) in coproduction with Canal+ and WFS Walter Film Studio. The budget is 1,227,910 EUR of which 356,638 EUR / 1.5 m PLN is production support from the Polish Film Institute.

Shooting took place at Podkarpacie in May 2018 and the film is currently in postproduction. The film stars Bartosz Bielenia and the cast includes Tomasz Ziętek, Eliza Rycembel, Aleksandra Konieczna, Łukasz Simlat and Leszek Lichota.

Corpus Christi is based on a Script Pro winning project written by Mateusz Pacewicz. World sales are open, the Polish distributor is Kino Świat.

Production Information:
Aurum Film
www.aurumfilm.pl
This email address is being protected from spambots. You need JavaScript enabled to view it.

Błażej and Magda are fulfilling their dream to live a peaceful life, far away from the hustle and bustle of the city. They want their daughter and dog to grow up surrounded by nature. They are renovating a house in a picturesque village, using their wits and good ideas although they don’t have a lot of money.

One day, the brother of Błażej’s recently deceased father shows up at their doorstep. He is visiting them because of the trouble he has been having with his own son. The sudden reappearance of his uncle distracts Błażej from striving towards his goals and forces him to face his painful past.

“In real life, there would be no possibility for such a meeting. Entering the realm of fiction, gives it a chance to happen. Working with real people and their emotions means not only searching for a new way in storytelling. but is also an attempt to show human beings with their longings and desires that many viewers can identify with”, Grzegorz Zariczny told FNE.

The film is produced by Magdalena Sztorc and Przemysław Miękinia through Before My Eyes (www.beforemyeyes.pl) with a budget of 360,000 EUR. The Polish Film Institute is supporting.

The film was shot near Warsaw in April 2018 and is currently in postproduction.  World sales are open.

Production Information:
Before My Eyes
www.beforemyeyes.pl
This email address is being protected from spambots. You need JavaScript enabled to view it.

Marygoround is a darkly comic drama about Maria, an agnostic collector of Virgin Mary statues, who is just about to turn 50. Due to annoying symptoms related to menopause, she is forced to see her gynecologist. He gives her menopausal patches which are supposed to bring immediate relief. On the same night Mary’s liberated and vibrant niece Helena crashes at her house, as she usually does, to sleep on the sofa. Whether it’s due to hormones or other reasons, this time Mary acts differently, which Helena instantly notices.

“We are going to see the world through the eyes of a woman, who reaches menopause and must face the side effects of her hormonal treatment. My story is not only a black comedy of misguided desires. It also carries a message about femininity, about the process of aging and change, based on feelings and individual exploration”, Daria Woszek told FNE.

Jan Pawlicki and Marcin Lech are producing  through Jutrzenka Studio with a budget of 625,000 EUR  and with the support of the Polish Film Institute. The shoot launched in July 2018 and will wrap end of autumn 2018. World sales are open and the Polish distributor is Solopan.

Wind Up is a postmodern film/poem, a contemporary fairy tale about a world in which human organisms are like wind-up toys, all containing a hidden spring, which needs to be wound up every now and then.

“Wind Up, which is my debut feature, is based on a strong philosophical concept. It combines a creative plot, authenticated by the documentary-like behaviour of actors, a sketchy scenario and many months of shooting with a small team of young professionals gathered in the Manifiesta studio in Wrocław. Cinecriture or cinema-writing is a creative filmmaking method, where the author is as close to the film material as possible, planning every element and aspect of it”, Tomek Tryzna told FNE.

The film is produced by Bartek Bartos through Manifiesta with a budget of 70,000 EUR. The film is currently in postproduction. World sales are open and the premiere is not yet known.

Production Information:
Manifiesta studio
www.manifiesta.pl
This email address is being protected from spambots. You need JavaScript enabled to view it.

A father and his two grown-up children, who despite being related, don’t keep in touch with each other, meet and start searching for their mother, who has disappeared under unknown circumstances. They wander through a claustrophobic housing estate, discovering leads that only seemingly come together.

“The key to the poetics of the Dears Ones is the tension between the realistic style and the elements of grotesque. My goal as a director is to create a situation, in which grotesque and absurd create an environment portraying the characters’ true selves, which, although comical, are very tragic”, Grzegorz Jaroszuk told FNE.

The film is produced by Agnieszka Kurzydło and Kamila Kuś through MD4 with a budget of 400,000 EUR completely covered by the Polish Film Institute. The film is currently in postproduction. No information about the premiere date is available and world sales are open.

Production Information:
MD4
www.md4.eu
This email address is being protected from spambots. You need JavaScript enabled to view it.

A woman is kidnapped. In captivity she learns she has been adopted and her family buried the uncomfortable truth. In order to break free she needs to solve a mystery from the past.

“Fisheye is a mystery, a psychological thriller. The story sends shivers down the viewers’ spines and unceasingly piques their interest. The plot develops towards the culmination point. The suspense is created when the heroine finds herself in a difficult situation and it seems impossible that she would escape. The aim of the plot is to reveal who the kidnapper is, with an outcome that the heroine did not even suspect. This is Fisheye on the surface. The essence of the story is underneath all that. Step by step, I give away pieces of information about who Ann really is and what happened at her family home 25 years ago”, Michał Szcześniak told FNE.

The film is produced by Ewa Szwarc through Kosmos Production with a budget of 500,000 EUR. The Polish Film Institute is supporting. The film was showcased in the New Horizons Polish Days Goes to Cannes programme at the 71th Cannes IFF.

Fisheye is currently in production with the premiere planned for 2019. World sales are open.

Production Information:
Kosmos Production
www.kosmosproduction.pl
This email address is being protected from spambots. You need JavaScript enabled to view it.

Beata is 15. She was taken away from her mother right after her fifth birthday. The only time when she is not in pain is when she is running. Running in hope of finding her mother. For a year, she has been living in a juvenile detention center. Its brutal reality, in which girls are objectified and their needs routinely infantilized, is filled with emotional and physical abuse.

“Used Up is a story about someone who has never been heard, who has never really been seen, a story about a dream of love. It is about a girl living in a confined environment, a strong, withdrawn girl for whom running is the only escape, the only way to forget about her anger and powerlessness“, Małgorzata Imielska says.

The film is produced by Wojciech Kabarowski and Jerzy Kapuściński through Naima Film with a budget of 875,000 EUR. It is currently in production with world sales open.

Production Information:
Naima Film
This email address is being protected from spambots. You need JavaScript enabled to view it.

We meet Maria Linde, a 60 year-old Jewish poet and a Nobel Prize winner, at the crossroads. She struggles with having to contain her free spirited nature in an ever aging body. She is trying to define her role as an artist in the fast-changing world.

“The protagonist of the film is a Nobel prize winner and a moral authority. Her close but not always clear relations with her loved ones cannot be understood in simple terms. Her unyielding attitude evokes extreme emotions. We can either identify with her or reject her. Unpromised Land is a story about longing for freedom and fear of the unknown. It is a story about life which cannot be realised”, Jacek Borcuch told FNE.

The film is produced by Marta Habior through No Sugar Films with a budget of 1,150,000 EUR and with the support of the Polish Film Institute. The film stars Krystyna Janda and was shot in Tuscany in April-May 2018. It will be released domestically by Next Film on 13 September 2019. World sales are open.

Production Information:
No Sugar Films
www.nosugarfilms.com
This email address is being protected from spambots. You need JavaScript enabled to view it.

Dark, Almost Night is based on a bestselling fantasy crime novel written by Joanna Bator. When Walbrzych experiences a series of mysterious child kidnappings, Alicja Tabor, a journalist, shows up in town. After years of absence, the tenacious reporter returns to meet the families of the missing children and to solve a mystery which puzzles even the police.

“It all started with a literary fascination. Reading Dark, Almost Night consumed me. I have purposefully delayed finishing the book for two reasons: firstly, I did not want the story to finish, and secondly, I was afraid that a story like this cannot end well. And I like happy endings. I want to believe that by striking this dark tone, the author is actually leading me towards the light that will give me a sense of hope and love“, director Borys Lankosz told FNE.

Magdalena Cielecka was cast in the leading role and she will be accompanied by Anja Rubik, Aleksandra Konieczna, Marcin Dorociński, Dawid Ogrodnik and Jerzy Trela.

The film is produced by Leszek Bodzak and Aneta Hickinbotom of Aurum Film with a planned budget of 1.6 m EUR of which 82,999 EUR/350,000 PLN is production funding from the Wrocław Film Commission.

Production Information:
Aurum Film
www.aurumfilm.pl
This email address is being protected from spambots. You need JavaScript enabled to view it.