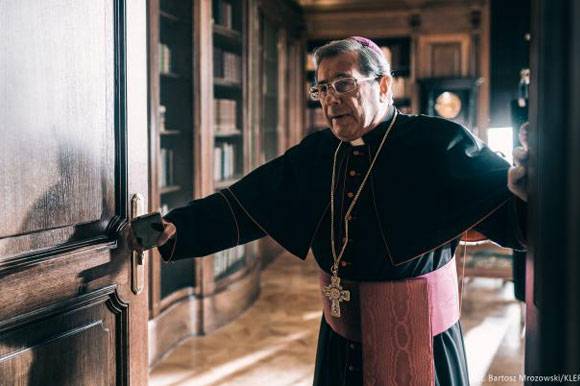 GDYNIA: Wojciech Smarzowski’s crime drama Clergy will screen in the main competition of the 43rd Gdynia Film Festival, running from 17 to 22 September 2018. The film focuses on the Catholic Church reform in Poland.

The script penned by Wojciech Smarzowski and Wojciech Rzehak follows the stories of three Catholic priests, who share a past tragic event and meet again to discover how their clergy careers have developed.

"The goal of our film is not to discuss issues of faith or to criticise religious people. Faith is one of the most intimate spheres of human life. We want to show actions and attitudes that raise our objection on a fundamental level. Our film is an artistic vision, based on true events, and it is a very moving story", Smarzowski said in a statement.

The film was shot on location in Cracow and Nowa Huta in August-September 2017. Kino Świat will release it domestically on 28 September 2018.

Production Information:
Profil Film
www.profilfilm.pl
This email address is being protected from spambots. You need JavaScript enabled to view it.