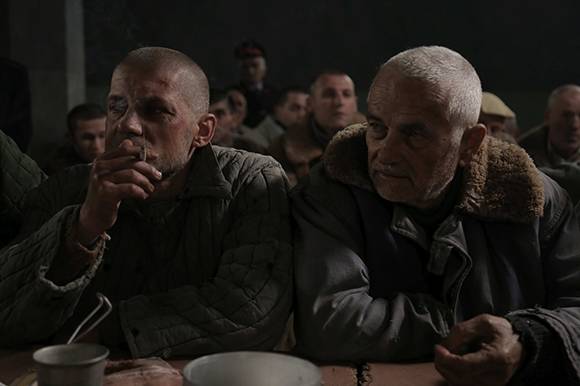 The Delegation by Bujar Alimani

WARSAW: The Grand Prix of the 34th Warsaw International Film Festival went to The Delegation directed by Bujar Alimani, with several other prizes going to coproductions from the CEE region.

The closing ceremony of the 34th Warsaw Film Festival took place on 20 October 2018 in Warsaw at Kinoteka. "The 190 films that we've presented this year at our festival were selected out of 5,000 submissions. What distinguishes us from other film festivals in Poland is the number of premieres we are presenting; we have over a dozen world premieres, European premieres, Cent-Eastern European premieres and Polish premieres. We like to seek out what is fresh in the cinema and we promote debutants. I hope that this year's winners will follow in the footsteps of Michael Haneke, Asghar Farhadi, Lenny Abrahamson and Cristian Mungiu, that came to us before they became famous, and we were proud to discover their films for the world," director of the Warsaw Film Festival Stefan Laudyn told FNE.

Anca Damian was awarded with the Best Director prize for her work on Moon Hotel Kabul, a Romanian/French coproduction, and the Special Jury Award went to actress Martina Apostolova for her work in Irna, a Bulgarian film directed by Nadejda Koseva.

The FIPRESCI Jury members, including Ida Rud Nielsen (Denmark), Monika Talarczyk (Poland), Artavazd Yeghiazaryan (Armenia), gave the award for the best debut from Eastern Europe to the film Her Job.