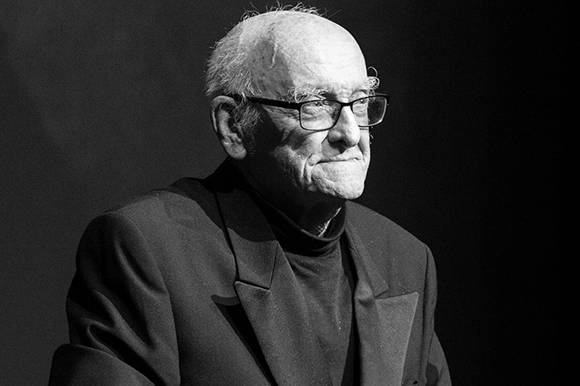 WARSAW: World famous Polish cinematographer Witold Sobociński died unexpectedly on 19 November 2018 at age 89. The news came days after the cinematographer visited the Camerimage International Film Festival, where he was presented the Lifetime Achievement Award for his work by Roman Polanski.

Witold Sobociński (1929-2018) was the acclaimed cinematographer of over 70 films, including such masterpieces as Everything for Sale, Sanatorium pod Klepsydrą and Promised Land. He worked at home and abroad, with leading directors including Andrzej Wajda, Jerzy Skolimowski, Krzysztof Zanussi and Roman Polański. An educator, who was also an accomplished jazz musician, Witold Sobociński was a longtime member of the Polish Filmmakers Association.

Among the more than 20 trophies he received were several lifetime achievements: American Society of Cinematographers Award (ASC), Polish Film Award Eagle, Platinum Lions at the Polish Feature Film Festival in Gdynia and the Special Award of the Polish Society of Cinematographers (PSC), of which he is a member. Sobociński is also a laureate of the Polish Filmmakers Association Award for outstanding artistic achievements and contribution to the development of Polish cinematography (2017).

In the 1950s he performed as a musician together with the jazz band Melomani, in which he played on various instruments, including drums and the trombone. In 1955 he graduated from the Cinematography Department at the PWSTiF in Łódź. He started his career as a cameraman on documentary and educational films. In the years 1956-1960, he worked as a lighting director at the Polish Television Center in Łódź, then as a cinematographer in the years 1960-1966 in Wytwórnia Filmowa "Czołówka" and from 1966 in Przedsiębiorstwo Realizacji Filmów "Zespoły Filmowe". From 1963, he worked on the production of feature films, initially as a cameraman and assistant operator, and from 1967 as the director of photography. From 1980, he was a professor at the PWSFTviT in Łódź.