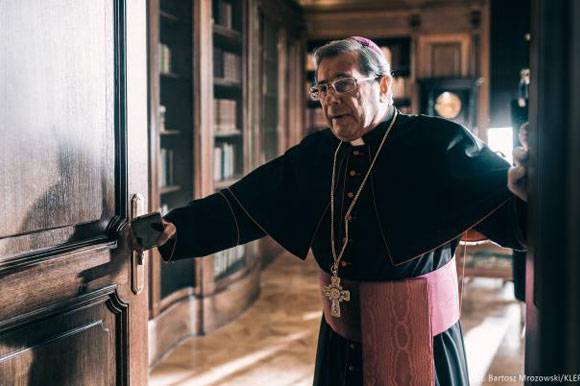 Polish films have been scoring slots in the box office top 10 in the UK and Ireland as well as other countries over the past few years making the leap from art house to commercial success abroad. Titles like Pitbull and Botox, both directed by Patryk Vega, were UK box office hits while The Clergy directed by Wojciech Smarzowski scored a record of approximately 1.1 m EUR / 1 m GBP during its first opening weekend in Ireland and the UK.

WARSAW: Joanna Michalec the CEO of Phoenix Productions, the leading US-based company releasing Polish films in foreign markets, talked to FNE exclusively about the rising popularity of Polish cinema abroad and the challenges a distributor faces.

FNE: How does Phoenix Productions choose Polish films for foreign distribution?
Joanna Michalec: When we choose titles for our repertoire we pay close attention to the interest that particular films have generated from viewers in Poland, what the box office results are, opinions and reviews. We also take into account suggestions from the Polish community abroad and we try to find out what films they would like to see in their local cinemas and what genres they prefer, so that we can meet the needs of the Polish audience living abroad.

We are always up to date with Polish premieres and we try to distribute films simultaneously with Poland. Our goal is also to allow Poles living in various places in the world to see as many Polish films as they can, so that everyone can find something they like. Most often, our countrymen choose action films or comedies and these are the genres that are most popular among Polish audiences. Another objective in distributing Polish titles is to bring non-Polish speaking people to cinemas to see Polish films.

FNE: In the last couple of years we have seen an increase in the popularity of Polish films abroad. What titles from your offer were the biggest success abroad?
Joanna Michalec: Up until now we have been successful with several dozen Polish titles abroad and we noted great results for Patryk Vega's Pitbull series (produced by Ent One) or Women of Mafia (Vega Investments), as well as romantic comedies Letters To Santa (TVN) and Narzeczony na niby (TFP), but the biggest number of viewers came to cinemas to see Patryk Vega's Botox (Vega Investments, 120,000 admissions in the UK and Ireland alone) and The Clergy (Profil Film, 150,000 admissions in the UK and Ireland).

The films that we release generate great interest all over the world. Apart from the UK and Ireland we regularly release Polish titles in the USA, Canada, Austria, Belgium, Denmark, Iceland, Luxembourg, Germany, the Netherlands, Norway and Sweden. We have also distributed Polish films in Australia and China.

FNE: Why are Polish films popular abroad, is this due to the presence of a large Polish audience?
Joanna Michalec: A great number of Polish film audiences in the UK are Poles, but the number of British viewers choosing Polish titles is increasing. The Polish viewers have great access to Hollywood productions in the UK, but they choose Polish films and manage to convince their families and friends to come with them.

Full screening rooms and great popularity of Polish cinema abroad is due mainly to the quality that distinguishes Polish productions among other, often very similar films, and because they give a lot of joy to native Polish speakers. They allow them to keep a "Polish accent" in their lives and feel like they are home, even if they are thousands of kilometers away from their homeland.

FNE: What are the distribution challenges when it comes to releasing Polish films abroad?
Joanna Michalec: First of all the distribution of a Polish film abroad is an endeavour that needs great motivation and hard work as well as readiness to take on a big risk, also a financial one, as any film distribution is a major logistic undertaking. In addition, it is a long and intense process that includes license negotiations, preparing an offer for cinemas and talking to particular cinema chains, PR work and coordination of several branches of distribution working simultaneously on different markets.

These are just some of the challenges that we face, but this work gives us a lot of satisfaction. We are very happy that our activity allows us to promote Polish cinema among non-Poles and that Poles can watch films in their native language all over the world.

FNE: What are your distribution plans for the upcoming year?
Joanna Michalec: In January 2019 we are releasing Underdog (NEXT FILM), a new film following the story of a Polish MMA fighter, whose one mistake makes him loose his career and chances for future success. In February 2019 the new film directed by Patryk Vega, Mafia Women 2 (Vega Investments) will be released in cinemas. In March 2019 we are planning to distribute Miszmasz czyli Kogel Mogel 3, a sequel to a popular Polish comedy.

Also in 2019 we are planning to release Vega’s new film Small World (Vega Investments), an international production about children trafficking set in Poland, Russia, the USA and South Africa. But this is not all, as we are still working on broadening our repertoire.

Our clients may follow our international release schedule on our fan page at www.facebook.com/PhoenixProductionsLLC.