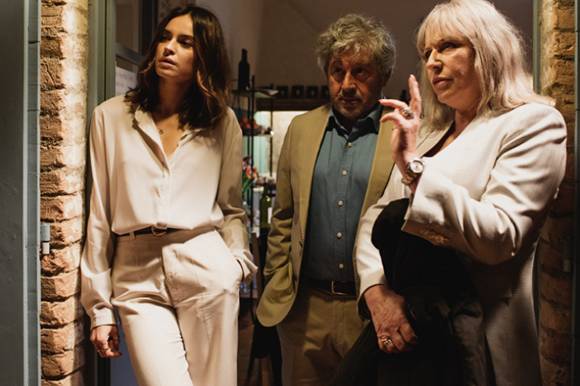 Dolce Fina Giornata (working title: Volterra) follows the character of a fictional Nobel Prize winning Polish poet played by Krystyna Janda, who leads a quiet life in a small town in Tuscany. During the ceremony for the Honourary Citizenship Award that she is being given, instead of courteously expressing her gratitude, she makes a politically incorrect speech.

"It's a story about modern Europe, taking place in the Tuscan province city Volterra. I wanted to tell a story about the fear of 'the other' experienced in Europe", says Jacek Borcuch.

The shoot took place in Tuscany in April 2018. Polish company No Sugar Films is producing in coproduction with Tank Production, Motion Group and Aeroplan.

Dolce Fine Giornata is the third film directed by Jacek Borcuch that will be screened in Sundance, following his previous dramas Lasting (2013, Manana) and All That I Love (2009, Prasa&Film).

The film will open in Polish cinemas in 2019 distributed by NEXT FILM.