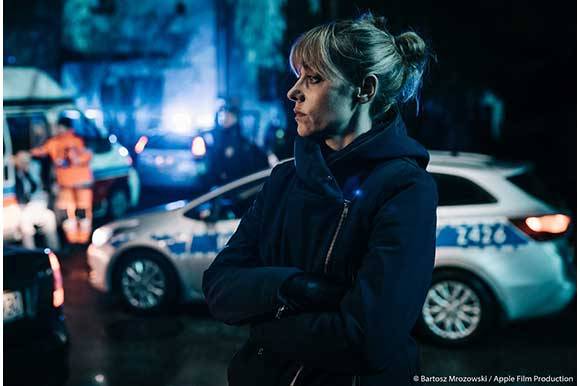 WARSAW: The crime thriller series The Pleasure Principle written by Maciej Maciejewski and directed by Dariusz Jabłoński is the first international drama series originated, shot and made as a coproduction between three Eastern European countries (Poland, Czech Republic and Ukraine). The series is produced by Poland’s Apple Film Production in coproduction with Canal+Poland, the Czech Television and Star Media Ukraine.

Apple Film is one of Poland’s leading production companies, with a vast experience in international coproductions. It produced over 30 feature films, documentaries and drama series, co-produced with more than 20 countries, among them Spies in Warsaw and The Passing Bells for BBC, TVP, BBC America and Arte.

The 10-hour series follows a crime investigation in three post-communist cities: Warsaw, Prague, Odessa, where – on the same day in autumn – parts of young females’ bodies are found. Police investigators from the Ukraine, Poland and the Czech Republic need to overcome their differences in order to partner in a cross-border inquiry. The trail leads to shady businessmen, lawyers for sale, corrupt politicians, professional killers and traces of the common past. But things are seldom what they seem to be…

Producer:
Apple Film Production (Poland)
This email address is being protected from spambots. You need JavaScript enabled to view it.