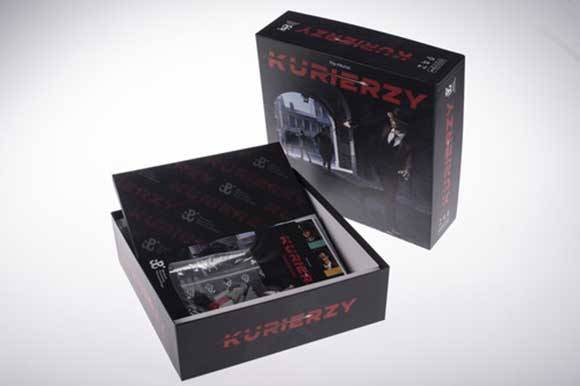 The Warsaw Uprising Museum and Granna published the board game The Couriers about Jan Nowak-Jeziorański, the legendary courier and director of the Polish Section of Radio Free Europe. The game is aimed at both young people and adults, and accompanies the promotion of the film Courier produced by the Museum and directed by Władysław Pasikowski, which opened in Polish cinemas on 15 March 2019 distributed by Kino Świat, and had 243 309 admissions to date.

The film was produced by the Warsaw Rising Museum in 2018 and financed in part by the income that the Museum made with the distribution of its previous production, a documentary Warsaw Uprising, which had over 600,000 admissions since it premiered in May of 2014 distributed by Next Film. The film received 1.2 m EUR / 5 m PLN of production funding from the Polish Film Institute. The grant was assigned as one of the first executive decisions from the new PISF Director Radosław Śmigulski.

The board game based on Pasikowski's film premiered in April 2019, with graphics designed by Jarek Nocoń.

“Working on this project is a distinction for me. I had the opportunity to design the cover and the board for this release and to ensure its graphic consistency. The illustrations were made in record time, as we were limited by the time of the film's premiere,” Nocoń told FNE. The Couriers, like the film, is sensational. “During the game you will be able to play the characters of the legendary AK couriers, including Jan Nowak-Jeziorański and Jan Karski. The task of the participants will be to provide reports in occupied Europe,” he said.