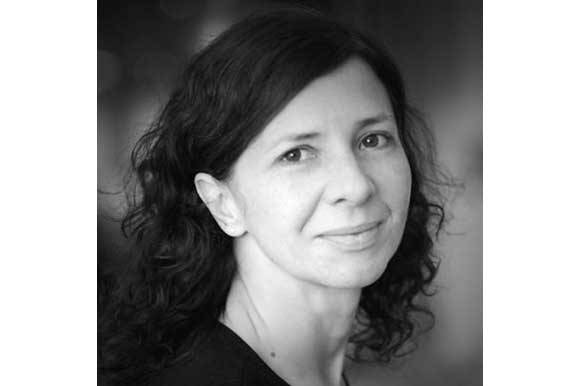 FNE spoke with 2019 Producer on the Move Małgorzata Staroń, who represents Poland at this year’s Cannes Film Festival. She is the head of Staron-Film and has produced films which premiered in Locarno, Cannes, Berlin, Toronto and San Sebastian. She is a member of EFA and an expert in the Polish Film Institute.

Małgorzata Staroń: The real breakthrough for me was the film Argentinian Lesson (2011) directed by my husband Wojciech Staroń. It was sort of a change of direction for both of us, despite the fact the we were both experienced in filmmaking. We took two years and made this documentary slowly, without any rush, and gave it the shape that we always wanted. It is important for me to be involved in all of my projects on a creative, artistic level. That is why we almost never enter as partners into a finished film. The time spent in Argentina allowed us to meet people that would play a key role in the choice of our later projects.

FNE: How do you see yourself either advancing or changing the role of the producer within Poland or beyond?

Małgorzata Staroń: I would like to continue working on projects that allow me to be involved as a producer on a creative level and contribute to the vision of the film like it was on our first international project El Premio, a Polish/French/German/Mexican coproduction directed by Paula Markovitch, where my husband Wojciech Staroń was the cinematographer and won the Silver Bear for Best Pictures at the 61st Berlinale IFF. As a producer of coproductions I always try to find out if a Polish crew can bring something to the vision behind the film and enrich the project on the artistic level. This approach often brings foreign projects for location shoots to Poland with the participation of Polish filmmakers, which is always something I find very engaging and valuable as a producer.

FNE: What factors in Poland are helping or hindering the process of producing films?

Małgorzata Staroń: For a producer who has an open mind and a willingness to do their research, our market can be a very open and comfortable place to work. Poland offers several sources of funding for filmmakers, we can get support through special pipelines at Eurimages and Creative Europe, and we have several options for receiving funding from the Polish Film Institute, with a special grant designed for minority coproducers and a special Polish-German Fund. We can also apply for grants from the regional film funds and right now, with the introduction of the 30% cash rebate we can expect even more coproductions coming to Poland. I am excited to see how this scheme will influence our film production market; so far it is too fresh to draw any conclusions but surely it will be a game changer. As Polish producers we have a lot to offer to international partners, but the main forces are the Polish film crews and what we bring to the table on the artistic level.

Małgorzata Staroń: I've recently produced a new full feature directed by Daniel Stopa entitled Women From The Kiosk, which is an imaginary portrayal of a small province town in Poland, where we meet two women working in a local kiosk and discover the problems of their small community trough this small and intimate space.

Contact:
+48 505 934 943
This email address is being protected from spambots. You need JavaScript enabled to view it.
www.staronfilm.pl