PRODUCTION: Polish The Wind over Aleppo in Development Featured 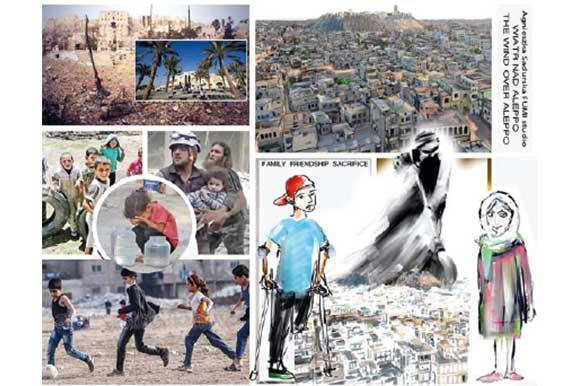 TREBON: Polish writer/director/designer/producer Agnieszka Sadurska is developing a TV special, The Wind over Aleppo. The project was presented at the recent CEE Animation Forum.

The film is based on the children’s book My Wonderful Childhood in Aleppo by Grzegorz Gortat. The central character is a 10-year-old girl, whose grandfather is kidnapped by a gang of thieves whose leader is her uncle. Jasmine determines to rescue her grandfather without the help of her parents. The film carries the message that even though times are tough, each person has only one childhood.

The Wind over Aleppo is planned as a 25 minute film with a budget of 240,000 EUR, using animated paintings as its visual reference.

The director said she wants to raise money for charity foundations with the film. There are also plans to create a video game not related to the film plot, to help raise charity funds.

The film has received support from TVP Kultura, the Polish Film Institute and Creative Europe MEDIA.