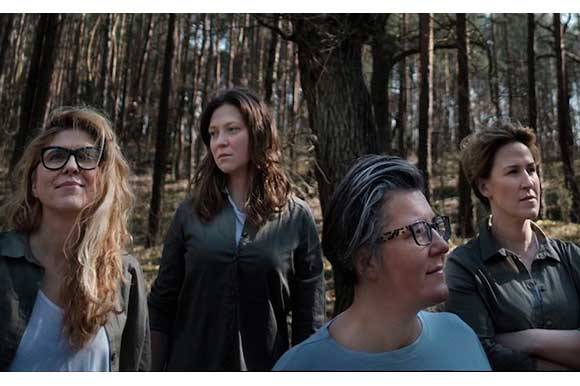 WARSAW: Kasia Adamik, Olga Chajdas, Anna Kazejak and Anna Jadowska are teaming up to direct Erotica 2022, a futuristic drama based on a script written by Polish women.

Individual chapters of the film will be directed by Olga Chajdas, who received awards from festivals in Rotterdam, Bydgoszcz and Gdynia; Kasia Adamik (The Pack series on HBO and 1983 for Netflix), Anna Kazejak (Promise, Opus Film) and Anna Jadowska, the director of the award-winning Wild Roses (Alter Ego Pictures). For some authors and directors this will not be the first literary-film meeting. Katarzyna Adamik was co-director of Agnieszka Holland's Spoor (TOR Film Studio), a film based on the novel Lead your plow over the bones of the dead by Olga Tokarczuk.

Work on the film Erotica 2022 is in the early stages of development. The film's producer Marta Lewandowska, an accomplished young producer, who worked on such titles as Dolce Fina Giornatta (No Sugar Films) and Baba Vanga (No Sugar Films), is launching this project independently.