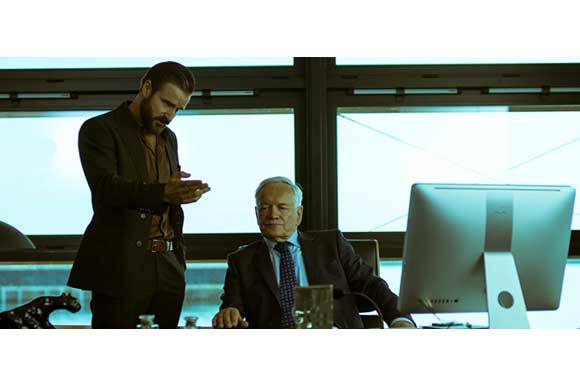 WARSAW: Jacek Bromski is in postproduction with Solid Gold, a political thriller starring Andrzej Seweryn and Janusz Gajos, inspired by one of the most controversial financial scams in the history of modern Poland.

Solid Gold, written and directed by Jacek Bromski, gives a behind the scenes look at the police and special services. It is a story about policemen investigating business and political connections in Pomerania and working on a group that creates a financial pyramid scam offering investments for a suspiciously high percentage. The all-star cast includes Janusz Gajos, Andrzej Seweryn and Marta Nieradkiewicz, accompanied by Olgierd Łukaszewicz, Mateusz Kościukiewicz, Piotr Stramowski, Danuta Stenka, Ewa Kasprzyk, Krzysztof Stroiński, Maciej Maleńczuk, Artur Żmijewski and many others.

"Solid Gold is inspired by real events and fits in the category of political fiction films that reveal links unclear to the viewer and talks about matters happening outside the official message. This scenario tells a story that is made up and dramatised for the needs of the film, however it is based on real events, according to the principle that fiction should shyly imitate life," Jacek Bromski said in an official statement.

The film was shot in 2019 on location in Gdynia, produced by Michał Kwieciński and his company Akson Studio in coproduction with TVP, FINA and Gdynia Culture Center. The final budget has not been announced yet. The film will open in Polish cinemas on 5 July 2019, distributed by TVP Distribution.

Jacek Bromski, a director, screenwriter and producer, is one of the most popular and internationally recognised film professionals. He is currently serving his sixth term as the President of the Polish Filmmakers Association and is a member of the Board of the Polish Film Institute. His best-known works include the box office hit comedy trilogy about the life of a small provincial community, Snug As A Bug In a Rug (SF OKO), God's Little Garden (SF OKO) and God's Little Village (SF OKO). Bromski's last film Anatomy of Evil was produced by Jacek Bromski Produkcja Filmowa in coproduction with Telewizja Polska – Agencja Produkcji Telewizyjnej i Filmowej (TVP) and Pomerania Film, with the support of the Polish Film Institute. It won the Best Actor award for Krzysztof Stroiński at the 40th Gdynia Film Festival and it premiered in Poland on 18 September 2015 distributed by Kino Świat.

Akson StudioAkson Studio
This email address is being protected from spambots. You need JavaScript enabled to view it.