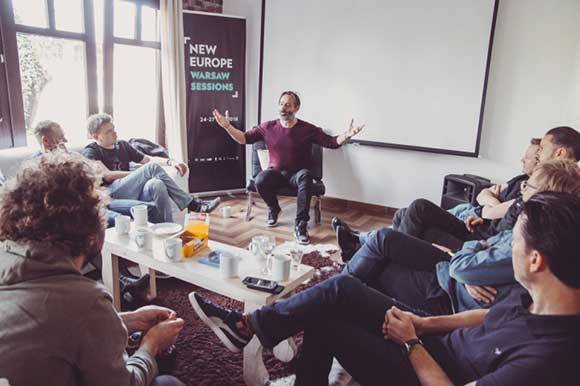 WARSAW: Warsaw will host the 2nd edition of the New Europe Warsaw Sessions, a series of closed, exclusive meetings between promising directors from Poland and top representatives of the global film industry, 23-27 June 2019.

New Europe Warsaw Sessions is organised by Warsaw-based sales company New Europe Film Sales. The initiative is designed to help the filmmakers elevate their careers internationally. The event puts a special emphasis on the creators who are able to set out and complete an English-language film with high distribution potential in the next couple of upcoming years. During the workshops, the directors have the opportunity to work intensively and learn from experienced representatives of the global film industry. Participants spend four days together in a facility near Warsaw and take part in a series of lectures and discussions about the reality of the global film industry and they can learn how to manage their careers, make friends and cooperate with potential partners.

The list of leading experts attending include Ayo Kepher-Maat, director of acquisitions at US distributor Neon; Peter Spencer, creative executive at Fox Searchlight; Carole Scotta, founder of French producer and distributor Haut et Court; and Julia Oh, commissioning executive at the UK’s Film4. They will participate in masterclasses, networking and creative exchange with the new talents. Mike Goodridge, artistic director of the International Film Festival & Awards Macao, will chair the masterclasses; They will be accompanied by Bobby Allen, senior vice president at Mubi; Sam Intili, sales and packaging executive at the US’ Animal Kingdom; producer Conor Barry of Ireland’s Savage Productions; Michael Arnon of Germany’s Wolf PR and Raymond Phathanavirangoon, executive director of the Southeast Asian Fiction Film Lab (SEAFIC).

The invited CEE filmmakers are: Poland’s Maria Sadowska, Jan Komasa and Michał Marczak.
The organisers have prepared an open day for the representatives of the Polish film industry as part of Warsaw Sessions, which will take place on Thursday, 27 June. A significant part of the of the open day programme will be an English-language discussion panel "How to promote European Cinema?"