FNE at the 10th New Horizons Studio+: How to Fill the Marketing Gap? Featured 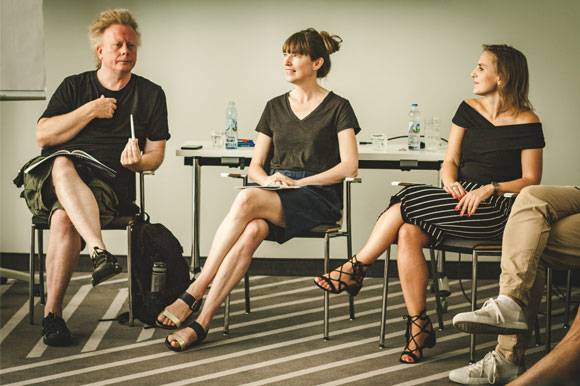 “The New Horizons Studio+ is designed for producers and directors who are working on their first or second film. The Studio has the form of a workshop and of course there are plenty of international workshops available on the market, but what makes us different is the that we really try to fill in the gap when it comes to giving the participants marketing and PR skills”, Weronika Czołnowska, Head of Industry at NH IFF told FNE.

“Together with our partners Creative Europe Desk Poland, EAVE and London Film Academy we find that this topic is still the one that many producers and directors know too little about.” Weronika Czołnowska also said.

The four-day intensive workshop is designed for director-producer teams, who come to Wrocław with a specific project that they can discuss and develop with New Horizons Studio+ expert speakers: Aranka Matits (EAVE, Head of Acquisitions at Featurette), David Pope (tutor of London Film Academy, writer, director and script consultant, director of Advance Films), Michael Arnon (EAVE, WOLF Consultants), Hédi Zardi (CEO at LUXBOX), Mathias Noschis (Alphapanda) and Sten-Kristian Saluveer (Programmer of the Innovation track – NEXT – at the Marché du Film of the Festival de Cannes).

The New Horizons Studio+ took place in Wrocław from 27 July to 30 July 2019, and it was co-organised by the New Horizons Association together with the Creative Europe Desk Poland in partnership with EAVE, the London Film Academy, Ale kino+, the British Council, the Romanian Cultural Institute, the Austrian Film Forum and the Embassy of the Netherlands.