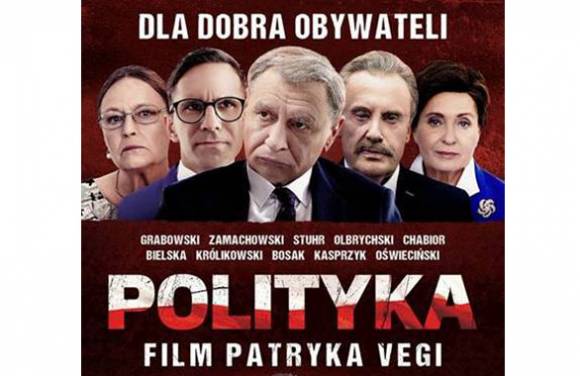 WARSAW: Patryk Vega is in postproduction with his new film Politics, the first of a four-part series of films about Polish political life. Politics was shot under radar in April 2019.

The film portrays the political environment in Poland that arouses widespread and extreme emotions in the country and divides Poles.

Patryk Vega already announced that he is moving into production with next parts of the film series. "I am independent and I make movies that politicians may not like. This film not be a standalone story. Politics 2 will debut on 18 September 2020, Politics 3 will pop into theaters on 10 September 2021, and the premiere of Politics 4 will take place on 9 September 2022. Viewers can prepare for four years with Politics in cinemas", the director told FNE.

In anticipation of the premiere planned for 4 September 2019, over 3 million views were noted on the film's trailer published on the distributor's Kino Świat Youtube channel.

Patryk Vega is known for directing box office hits locally and being one of the most recognised Polish filmmakers abroad with his films scoring in the top 10 at the box office in UK, Ireland and other countries. His last crime thriller Mafia Women 2 (Vega Investments) is currently on the 3rd spot of the 2019 Polish box office with 1.4 m admissions to date.