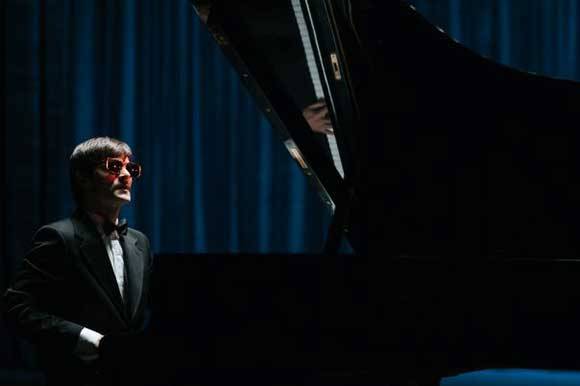 GDYNIA: Icarus. The Legend of Mietek Kosz by Maciej Pieprzyca will screen in the main competition of the 44th Gdynia Film Festival, running from 16 to 21 September 2019. The film will open in Polish cinemas on 18 October 2019, distributed by Next Film.

Icarus is the true story of Mietek Kosz, a Polish jazz pianist, who died in tragic circumstances. We see his life through selected episodes depicting the most influential moments in Mietek's personal sphere and music career: his childhood on a poor farm in the farmlands of Poland and the loss of his eyesight at an early age. We witness the birth of his gifts – an uncanny ear for music and his determination shared only by true virtuosos. We see how low he falls due to his fight with alcoholism and trying to deal with the consequences of his fame.

“Mietek Kosz is a name known mainly to jazz lovers – a blind pianist, master of improvisation, the Polish Bill Evans. He would have been one of the most famous jazz pianists in the world if not for his untimely death. Now, all that remains is a legend of a genius gone too soon. Icarus is a story of a phenomenon and the paradoxical nature of life – the story of a protagonist at odds with himself and with the obstacles he faces”, said director Maciej Pieprzyca.

The film was produced by Renata Czarnkowska-Listoś and Maria Gołoś through RE Studio in coproduction with TVP, Canal+, Next Film, Chimney Poland, the Mazovia Film Commission, Silesia-Film, the Krakow Festival Office and Aeroplan Studios. The budget is 1.8 m EUR. The film was supported by the Polish Film Institute.

Producer:
RE Studio (Poland)
This email address is being protected from spambots. You need JavaScript enabled to view it.