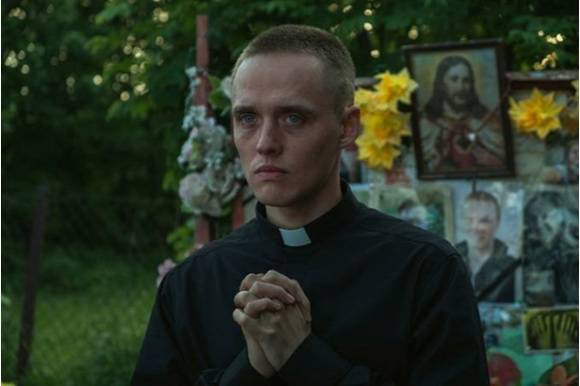 Corpus Christi follows 20-year-old Daniel, who experiences a spiritual transformation while living in a Youth Detention Centre. He wants to become a priest, but that is impossible because of his criminal record. When he is sent to work at a carpenter’s workshop in a small town, on arrival he dresses up as a priest and by chance takes over the local parish.

The film had its North-American premiere at the Toronto International Film Festival on 5 September 2019 and will be released in Polish cinemas by Kino Świat on 11 October 2019.

New Europe Film Sales sold the film to Australia, Lithuania and Norway during the Venice IFF and will release it in the UK.