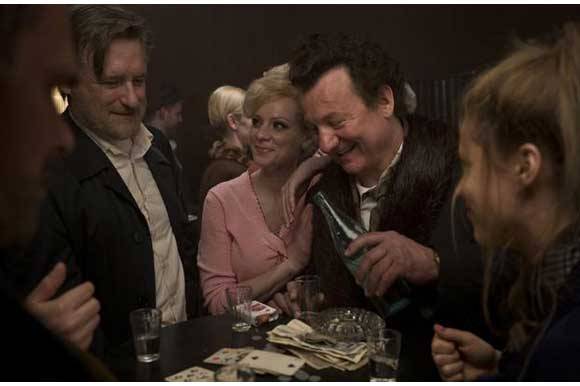 GDYNIA: Łukasz Kośmicki’s English-language spy thriller The Coldest Game will screen in the main competition of the 44th Gdynia Film Festival, running from 16 to 21 September 2019. The film will open in Polish cinemas on 18 November 2019, distributed by Next Film.

The Coldest Game is set in 1962, at the height of the Cuban crisis, and it follows chess genius Joshua Mansky, who is forced by the CIA to challenge the Russian master Gawryłow into a chess match during an international tournament taking place at the Warsaw Palace of Culture and Science. The tournament becomes a cover up, allowing the Americans to investigate if the Russians truly possess nuclear warheads in Cuba.

"The chess match, the Cuban crisis, President Kennedy and Secretary Chruszczow were real. The Palace of Culture and Science is still towering over the centre of Warsaw. We hope that the fusion of fact and fiction, the emotions and the intrigue between the two chess masters, as well as secret service agents of two empires, will give the viewers an unforgettable experience", director Łukasz Kośmicki said in a statement.

Production funding from the Polish Film Institute amounted to 530, 000 EUR / 2.2 m PLN out of the budget of 3.8 m EUR / 15.9 m PLN. The film is also supported by the City of Warsaw and the Board of the Palace Of Culture and Science.