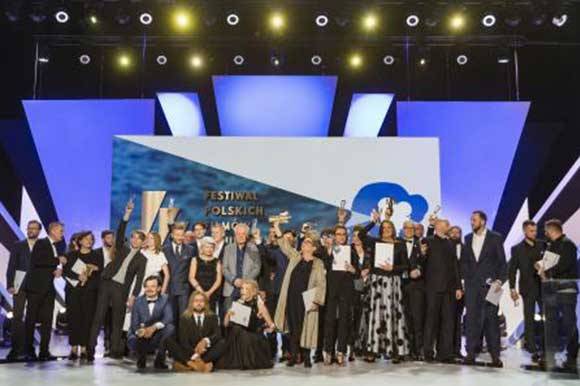 "This story shows where the social engineering of megalomaniac power leads to. Courage is symbolised by the hero of our film, who was not afraid to announce the truth to the world, even if it was very risky. His situation was difficult because he was alone. I realised at this festival that we, filmmakers, we are not alone, that we share great values ​​and solidarity", Agnieszka Holland said during her acceptance speech.

The Silver Lion went to Maciej Pieprzyca’s biopic Icarus. The Legend of Mietek Kosz, and Dawid Ogrodnik, playing the lead in this film, snagged the best actor prize, while the best actress award went to Magdalena Boczarska for Piłsudski.

The Short Film Competition prizes were announced during the Young Film Gala, with Marcel directed by Marcin Mikulski winning the Special Jury Prize.

The Platinum Lions Lifetime Achievement Award was given to Krzysztof Zanussi.