FNE at CentEast Warsaw 2019: Masters of the Planet Featured 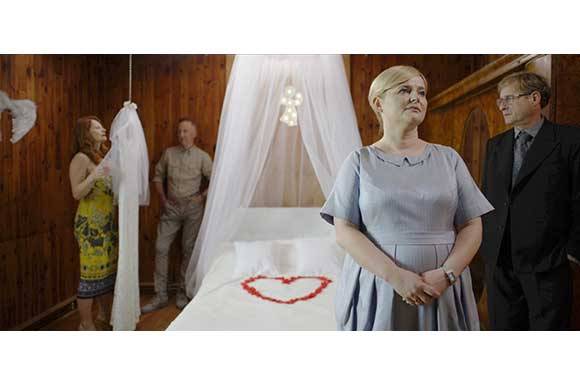 Masters of the Planet by Piotr Chrzan

WARSAW: Piotr Chrzan’s new dark comedy Masters of the Planet was presented at a special works-in-progress showcase hosted during the CentEast Warsaw Market at the 35th Warsaw International Film Festival, which concluded on 20 October 2019.

Masters of The Planet takes place on a sunny summer morning, a day before a wedding, when the groom's parents visit the bride's parents at their summer house. They each quickly discover that it is not their spouses who are their soul mates. As a result of the meeting, the couples reshuffle and two new relationships are formed. They start to drift away from each other, especially after their children’s text message saying that the wedding is called off, as the bride and groom got in an argument and broke up. The cast includes Jowita Budnik, Ewa Skibińska, Marek Kalita and Cezary Kosiński.

The film is produced by Human Power, with initial photography completed and the final cut expected to be ready by May 2020. The final budget has not been announced yet.

"The script is based on a play written by the director and it is filled with dark humour and situational comedy, as the film will have very little dialogue. We feel that the topic and the way we showcase the four characters and the relationships developing between them is going to be very appealing to international audiences," producer Aleksandra Zakrzewska told FNE. The producers are looking for festivals and sales agents.

Human PowerHuman Power
This email address is being protected from spambots. You need JavaScript enabled to view it.