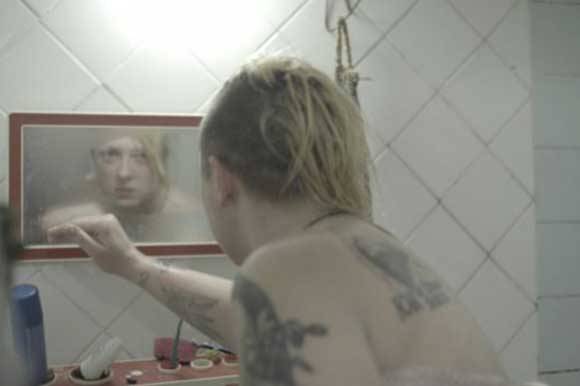 WARSAW: A French/Ukrainian documentary about women soldiers, directed by Masha Kondakova, was shown at a special works-in-progress showcase hosted during CentEast Warsaw Market at the 35th Warsaw International Film Festival.

Inner Wars observes three Ukrainian women who joined the army after the pro-Russian insurgency in eastern Ukraine in 2014. Only a few made it to the front line. Filmmaker Masha Kondakova embeded herself in the war zone to follow the daily life of three of them. By sharing the intimacy of these fighters, Masha soon becomes a victim of this brotherhood conflict jeopardising both the film she is making and her life.

"I noticed that women on the battlefield have been portrayed as objects of curiosity since the beginning of the conflict. They have been asked sexists, patronising questions, like how many times a week they take a shower or do their manicure. It was only last year that their army ranks were legally recognised. All of this inspired me to show the real life of women soldiers and their inner wars," Kondakova told FNE.

The film is currently in postproduction and will be ready by the end of 2019. The final budget has not been announced. Inner Wars is produced Insight Media in coproduction with Hirvi. The producers are looking for festivals, sales agents and distributors.

Hirvi
This email address is being protected from spambots. You need JavaScript enabled to view it.