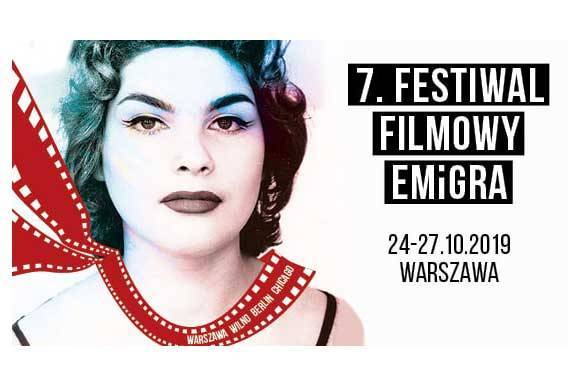 FNE: What was the initial idea behind the EMiGRA Festival?

Agata Lewandowski: I am an emigrant myself; I jokingly call myself a Warsaw Berliner and a Berlin Warsawer. While living and working abroad, organising several international art events, I noticed that there are a couple of professions that Poles are known and recognised for in Germany. One of these jobs is a filmmaker; Polish film professionals are sought after as film crew members and known for their talent and proficiency. While they are very good at what they do, what was still missing was a way for them to organise. This is how the idea of EMiGRA was born, as a place for Polish people to showcase the films that they create in other countries and films about Poles living abroad. As every year, we will circle the entire globe on the screen with EMiGRA, because Poles live even in the farthest corners of the world. This is what was proved, among others, by Ela Kinowska - currently a resident of Kyrgyz Bishkek - who on the occasion of the 150th anniversary of Canada conducted 150 interviews on a symbolic "red sofa" in the most difficult places in the country and created an amazing film work that will be showcased during our festival.

This year, the festival is co-organised by the Mazovian Institute of Culture, the largest cultural institution in Mazovia. At its headquarters at 12 Elektoralna Street, as well as at the House of Meetings with History at 20 Karowa Street and at the Pożywliwa Klubokawiarnia in Nowy Świat 58, we will show the latest film productions about Poles abroad and made by Poles living there. What is really important for us and what I think we did successfully with this festival is a revival of the film discussion club format, so this year the audience can also watch the films and not just leave but stay and share their thoughts and comments both with the filmmakers and other guests of the EMiGRA festival.

FNE: How do you construct the programme and choose competition submissions for the festival?

Agata Lewandowski: When it comes to the competition, we get a variety of submissions, a real mix of genres and topics, made both by professionals and amateur filmmakers. This year, over 40 films from around the world have been submitted to the competition at the 7th EMiGRA Festival. The EMiGRA Gold, Silver and Copper Awards 2019, as well as a special music prize, will be awarded on 27 October at the headquarters of the Mazovian Institute of Culture. The winners and the audience will then have a unique opportunity to listen to songs from the album Miss B. performed by their author Leszek Żądło and together with him to reminisce Barbara Kwiatkowska-Lass, who this album is dedicated to. This year the main theme of the 7th EMiGRA is “a Polish artist on emigration”. Thanks to our new partner, the Mazovian Institute of Culture, EMiGRA is becoming an interdisciplinary festival and I would like to ask Elżbieta Szymańska to tell you more about the programme.

FNE: What makes this event interdisciplinary?

Elżbieta Szymańska:  EMiGRA is an interdisciplinary festival, in which film screenings are combined with literary meetings and concerts, which allowed us, I hope, to create unique artistic events. A great example of this type of event is the block titled EMiGRA - KOMEDA, consisting of a Komeda exhibition: a life calendar, a concert of Krzysztof Komeda's music performed by Leszek Żądło from Munich, a meeting with Krzysztof Komeda's adopted son Tomasz Lach, and a screening of the film by Claudia Buthenhoff-Duffy Komeda. A Soundtrack for Life. I'd like to add that EMiGRA is a festival that connects Poles in Poland with Poles abroad, and from this year on, through film and literature. Therefore, after the screening of the film Secret Sharer directed by Piotr Fudakowski, an Oscar winner in 2006, we will meet with Magda Heydel, translator of English-language literature, to talk about the extent to which Joseph Conrad remained Józef Korzeniowski. In turn, with Klementyna Suchanow, the author of the famous biography of Witold Gombrowicz, we will look for autobiographical threads in Cosmos, the last film by Andrzej Żuławski, which is his creative will. In the literary part of the 7th EMiGRA, Polish writers from abroad - Brygida Helbig-Mischewski from Berlin and Romuald Mieczkowski from Vilnius, together with the writer Manuela Gretkowska - will talk about dual identity, and Halina Chehab, the translator of the book Amin Maalouf, will reveal secrets about the Arab mentality.

FNE: A festival created for emigrants making films abroad seems like an ideal showcase for coproductions, do you have several projects like that in the programme?

Agata Lewandowski: Yes, the Polish filmmakers creating films while living abroad have almost no choice but to enter into some fascinating artistic relationships with representatives of other countries and other cultures. That is why I am so glad that we can showcase in this year’s programme films that touch on the meeting or clash of different worlds, like Los Polacos directed Anna Plaszczyk and Maciej Lubczański, Arabic Secret directed by Julia Groszek and Israel Started in Poland by Jan Grzyb and Filip Frąckowiak. We try to keep up with the current themes that are important for the whole international community. Right now EMiGRA takes place in Warsaw, Lviv and Chicago, but we would also want EMiGRA to be a form of a festival that other nationalities could enter as well and not close ourselves only to Polish cinema but create a platform for all emigrants living abroad to have a chance to show the films thei make outside of their homeland and form lasting connections.