EFP Producers on the Move: Thorkell Sigurdur Hardarson of Iceland, Joëlle Bertossa of Switzerland, and João Matos of Portugal Featured 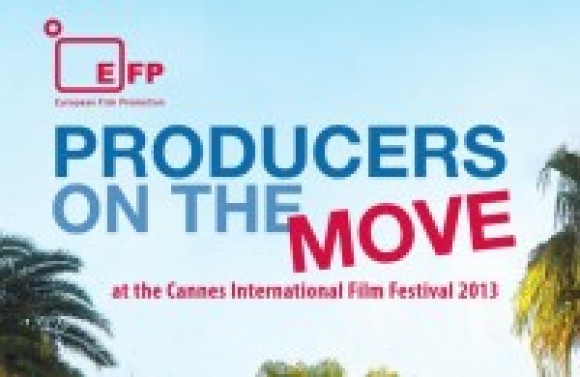 Thorkell Sigurdur Hardarson is a director and producer who makes all his films with his partner Örn Marino Arnarson from Iceland. Together they founded Markell Productions.

Markell Productions started out with rockumentaries such as Punk in Iceland. Then they turned to the issues of geopolitics and terrorism for Feathered Cocaine about the true location of Osama bin Laden. Following that they made The North Atlantic Miracle about the lifespan of the Atlantic Salmon, and they are now working on two new projects: Trend Beacons and New Hands.

In Cannes, Hardarson hopes to meet filmmakers willing to go the distance and to collaborate on projects that need to be shown to the public. He thinks Producers on the Move will be an excellent venue to network in that direction. “Markell Productions has focused on documentaries for the biggest part until now; we are now starting to making feature films in the near future. Maybe I will meet future playmates for the feature films in Cannes, we'll see,” Hardarson told FNE.

Currently, Markell Productions is directing and co-producing New Hands produced by Gudbergur Davidsson, Ljosop Productions, the story about an Icelander who lost both arms in a high-voltage accident, 15 years ago and is getting a double arm transplant in Lyon.The next new production, Trend Beacons, is about a handful of people who are capable of dissecting the past and present in order to predict the future of fashion and design. They guide designers and fashion companies in their never ending quest for marketable design.

Swiss producer Joëlle Bertossa started out as a director’s assistant before moving into producing. It was being hired by Nicolas Wadimoff at Akka Films that changed her career. She started working there in 2003 and since then she has produced films such as Aisheen, Still alive in Gaza, and the documentary Mal della luna by Michele Penetta.

Speaking about POM, she told FNE, “It's a very good opportunity to meet new partners from all over Europe. My projects are mainly coproductions, so it's a good way to approach new coproducers, distributors and TV channel representatives. It's also great to share ideas and views about the film industry with people coming from other countries. I'm looking forward to hear how they produce their films in their own countries and I'm sure we can learn from one another.”

About her recent work she said, “My next project is a feature called For This is My Body directed by Paule Muret, staring the English rocker Carl Barât and Fanny Ardant, and coproduced by Les Films d'Ici. It's a beautiful and powerful film about desire and rock'n roll! The shooting should start at the beginning of 2014.”

Portuguese producer João Matos has already worked with directors such as Leonor Noivo Susana Nobre, and João Vladimiro. He started producing in 2002 and collaborating with the companies Aristas Unidos and Alfama Filmes. He is currently working in Terratreme. His major productions have been The End of the World by Pedro Pinho and the docufiction Lacrau by João Vladimiro.

He told FNE, “The Producer on the Move initiative is very relevant, especially for us in Portugal because we are farther away from the center of Europe. It's a chance to meet fellow co-producers from countries we normally don't work with, since we are more used to working with France, Spain and Germany, and not that much with Central and Eastern countries. We at Terratreme Filmes hope we can develop new network connections that may, in the future, permit various forms of co-production and business relationships.”

He added, “We are now working on the distribution of our feature films. We are post-producing the feature documentary films Industrial Revolution by Frederico Lobo and Tiago Hespanha, Active Life by Susana Nobre, and Trading Cities by Luísa Homem and Pedro Pinho. We are also in pre-production with the feature The Nothing Factory by Jorge Silva Melo.