EFP Producers on the Move: Erika Wasserman of Sweden, Maria Zamora of Spain, and Labina Mitevska of FYR of Macedonia Featured 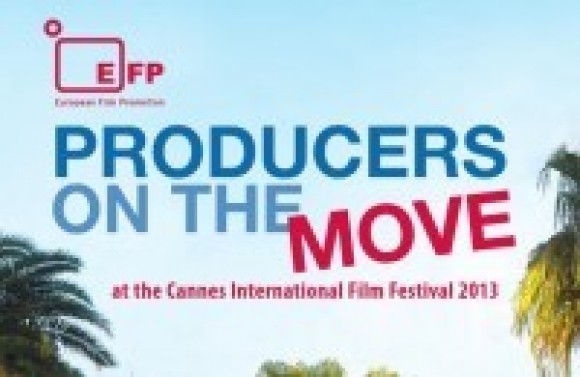 In 2009, EFP Producer on the Move Erika Wasserman of Sweden founded her production company and premiered Henrik Hellström and Fredrik Wenzel's Burrowing at the Berlinale. She has since worked with these directors on The Quiet Roar currently in postproduction.

In her view, EFP Producers on the Move in Cannes is a chance to get to find interesting producers and talent in Europe. She told FNE she hopes to meet people that she can collaborate with in the future to make great films happen.

Producers on the Move Spanish producer María Zamora attending has been working at the production company Avalon since 2001, and has been a partner in the company since 2007. She has worked as a co-producer with directors such as Federico Veiroj, Javier Rebollo, Andrés Baiz and León Siminiani.

Speaking with FNE about being selected as a Producer on the Move, she said, “It is important for any young producer as it is a very good platform to improve your network. I hope to be able to meet interesting producers from other territories with whom I could work in the future”.

She also told FNE about her current projects.  ”We are now in the middle of the editing process of our latest feature, Todos están muertos by Beatriz Sanchis. It is a drama about a woman who lives locked in her house since her brother died 15 years ago. She used to be a pop star but now she makes pies for the restaurants of the neighborhood and lives with her teenage son and her superstitious Mexican mother. It takes a drastic Day of the Death ritual to wake her up and teach her the value of saying goodbye. Our protagonist is Elena Anaya (The Skin I Live In) and the film will be ready for this autumn,” Zamora said.

FYR Macedonian Producer on the Move Labina Mitevska found herself thrust on the world stage when she was cast winning a career-launching role after showing up at auditions for a film to be shot in Macedonia. The film was the Oscar-nominated Before the Rain, and Mitevska captured the public’s imagination with her charismatic performance as a young Albanian woman hiding from her family.

Mitevska, who was a Shooting Star in 1998, continued her acting career before teaming up with her sister Teona and brother Vuk to found Sisters and Brother Mitevski in 2001. Together they produced How I Killed a Saint, I am from Tito Veles and The Woman Who Brushed off her Tears, all directed by Teona, and the animated film Angel directed by Vuk.  Next up is Vuk’s animated short film Alerik.

Mitevska told FNE, “Producers on the Move is a great platform for young producers. I think European
Film Promotion is amazing organization and what they do is just great for
European cinema. I think we need more organizations like them, like
Eurimages, like European Film Academy to support and fight for the idea of
European cinema. So I am very proud and feel privileged to be part of this
year’s program.”

Mitevska has a few well-grounded goals while attending the programme in Cannes. She told FNE, “I hope to expand my professional network and to meet some more experienced colleagues and to learn how to better organize my work. Last, but not least, I hope to make new friends with whom I would like to work in the future.”