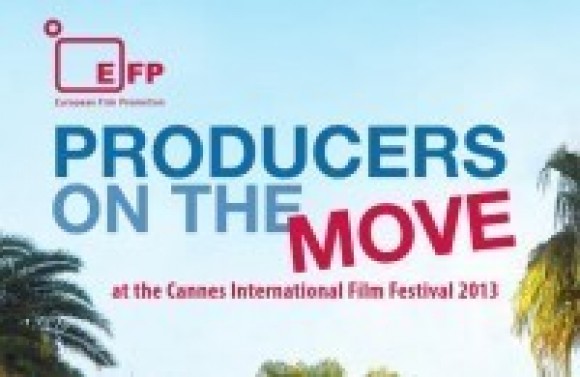 Danish producer Mikael Rieks is on his second stint with Nordisk Films.

Prior to joining Nordisk the first time, in 2003, he was a TV and documentary producer.  After launching his own company, Koncern Film, he returned to Nordisk at the end of 2012.

Rieks told FNE that while attending EFP’s Producers on the Move, “I hope (well expect more like it) an intensive networking process with qualified colleagues from the European film industry. And more than that, I have high expectations of focusing on my projects and getting feedback in relation to my colleagues’ projects and vice versa.” He’s also looking forward to gaining knowledge about the industry in other regions of Europe

Rieks expects to “return to my office with important additions to my professional network with greater possibilities for co-producing bounds and financing options for my upcoming and future projects.”

He’ll also come with a healthy dose of curiosity, seeking inspiration and new relationships, as well as the attitude that EFP’s Producers on the Move is a “ ‘qualifying stamp’ in the network of financiers, colleagues and press.”

Gilles Chanial started working as a producer in Luxemburg in 2007 when joined the production company Red Lion, developing scripts and feature debuts. He was the associate producer in films such as Love Eternal by Brendan Muldowney, coproduced with Ireland Producer on the Move Conor Barry, and Thomas de Thier`s Le goût des myrtilles.

He told FNE how being a Producer One the Move is important for him: “Being a producer in Luxembourg means being right in the heart of Europe and being led for the most part to coproduce films even those we are developing. To me, it’s obviously important to be selected amongst other European producers from who are most certainly facing the same challenges even if the reality of the market varies from one country to another.”

He expects the event will bring higher visibility to his recent films. He’s also hoping to  “extend here my scope in terms of coproduction, especially towards Eastern or Northern Europe, on various projects ranging from genre films to arthouse films.“

Chanial told FNE some details of his recent work: “We are trying to find a balance between films which entail some risk-taking and a genuine dimension of pleasure in producing, looking for a way to produce independent films that would appeal to a broader audience.” Those include two creative documentaries, one set in Chernoble and one filmed in Lagos about the life of musician Fela Kuti. He’s also developing the debut of two young Luxembourg directors, Govinda Van Maele and Laura Schroeder.