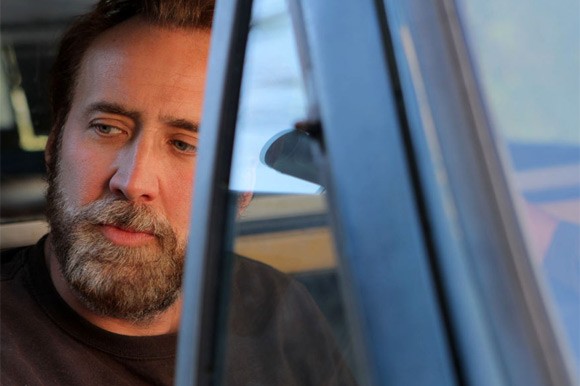 VENICE: Sometime Hollywood action hero Nicholas Cage reminds us that he started out as a very fine actor in this outing directed by David Gordon Green.

Definitely intended as a vehicle to give Cage a chance to show off his acting talents this is an adaptation of the novel by Larry Brown a former Mississippi firefighter known for his powerful stories and themes of honour and moral rectitude set against the backdrop of the contemporary rural south.

Cage plays Joe Ransom a tough ex-con who is trying to keep out of trouble but has nothing much to live for until he meets up with Gary played by Tye Sheridan, a young kid that he tries to protect. The action takes place in Texas but it could be anywhere in small town rural America. Guns and poverty define people’s lives.

Joe is a tough character. He has killed people. He has worked hard all his life and never got anywhere. He meets Gary at a time when the kid can choose to go in the right or wrong direction in life and Joe realizes he is the person in a position to influence what future direction Gary will choose in life.

David Gordon Green will be remembered by festival audiences for his first film Prince Avalanche and Joe carries on to mine a similar vein with a long, slow burning action that allows for actors and characters to develop. Cage makes maximum use of this opportunity and he also manages to convey the sense of violence and darkness that makes Joe’s character, a 50 year old man with no real future, tense and on the edge of an explosion into chaos that might be just underneath the surface.

Gary who is 15 is looking for a father figure and taking on that role might just be Joe’s road to redemption.

Joe is working in the forest for a lumber company. Gary whose father is an abusive alcoholic lives in a shack and tries to look after his mother and sister. Without any education and having drifted from town to town Gary’s future looks grim but Joe decides to give Gary a chance and gives him a job working together with him in the forest.

Gary stands at a cross roads in his life. He can take after his no account, morally degenerate father or if Joe can give him a role model he might be able to find another way.

Joe is seen as someone who is filled with rage and has a past as an ex-con that continues to haunt but has a certain kind of moral rectitude in how he views the world and his fellow man. He is overall a good man struggling with his inner demons.

Gary decides he is not going to live as his father wants him to and this puts him into conflict with his father and his father’s crooked friends. Joes becomes his protector and this becomes the major conflict of the film.

The main interest is Cage’s tightly coiled performance with a real feel for this gritty character that he never lets slip into parody. Joe is someone who has a hard time showing his feelings but he somehow shows kindness and tenderness to Gary in a man to man way. Cage looks set for the awards season with this as his entry.