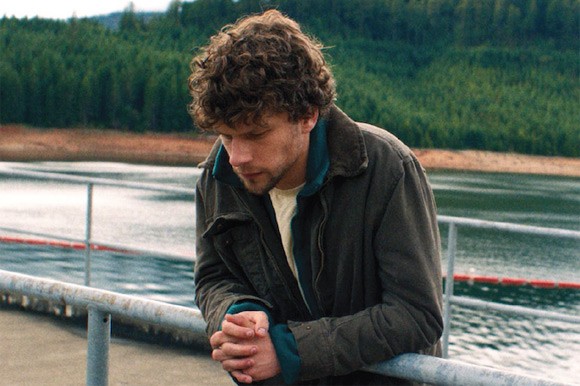 VENICE: Director Kelly Reichardt’s Night Moves is rather hard to swallow as the premise for the film rests on the idea of radical environments blowing up a hydroelectric dam – regarded by most environmentalists as the cleanest form of sustainable and renewal energy.

True these environmentalists are a misguided lot and the film poses the question of whether legitimate convictions can ever justify illegal behaviour. But one has to ask why Reichardt didn’t choose fracking or another more controversial sector of the energy industry instead of this one. Perhaps the idea of an attempt to blow up a dam was just too tempting as a vehicle for a thriller regardless of the political and environmental position.

Night Moves is the fifth feature from Reichardt who has already scored a considerable band of fans for her previous films Wendy and Lucy and Old Joy. Night Moves is less minimalist than her earlier films and the story is more plot and dialogue driven but there is still an attention to detail and a professionalism that marks the director as someone to watch.

The story is set in the beautiful landscape of Oregon with its forests, lakes and rivers giving one a reason to see why their destruction by corrupt industrialists trying to make fast money is tragic.

Three environmentalists have decided to blow up a hydroelectric dam in the Oregon forests to draw attention of the destruction of the environment by an energy hungry consumer culture. There is Josh played by Jesse Eisenberg that audiences will remember from The Social Network. Here he plays a fanatical eco-activist who wants to do “something big” to get people to think about the evils of the consumer society. He is intelligent and middle class and works on an organic farm. The character is maybe a little too pat as a background but Eisenberg brings it off with credibility.

His girlfriend Dena is played by Dakota Fanning who is his partner in this radical venture. Together with Harmon a former Marine played by Peter Sarsgaard they plan to fill a boat with explosives and ram it into the dam and blow it up.

One of the most interesting early scenes of the plot is Dena convincing a skeptical factory manager to sell her the fertilizer that the three eco-terrorists plan to turn into explosives.   All three are agreed that they do not want to harm anyone and that there will be no loss of life from the attack. The fact that the woods are full of campers doest not seem to make them realize that this is highly unlikely.

Reichardt deftly handles the actual blowing up of the dam with an big bang rather than showing us a lot of unnecessary special effects.

The suspense is tight and keeps moving through the first part of the film but begins to bog down a bit as the three terrorists split up and try to return to their normal lives and wait to see what will be the consequences of their attack. But while the three watch the news reports wait for things to cool off the fact that the explosion may killed a camper that is missing changes the game plan.

The film turns into a philosophical drama that questions if such acts can be justified and at what point do we draw the line between morally justified illegal acts and what becomes terrorism that inevitably harms others.