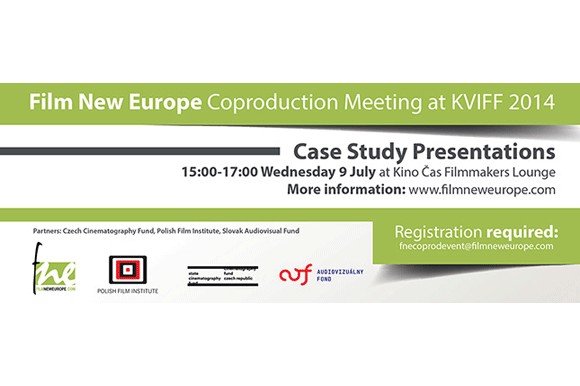 This is the first in a series of new initiatives from the Film New Europe Association aimed at increasing audiences and the international visibility of films from the region by sharing successful models for projects that cross borders.

The Kino Cas Filmmakers Lounge is a new industry space sponsored by the Czech Film Fund that will make its debut this year in KVIFF hosting a number of industry events throughout the festival.

15:00-17:00 Wednesday 9 July at Kino Cas Filmmakers Lounge and will be followed by a cocktail for participants.

It’s free but you have to register. Space is limited so to ensure your place register now!

Registration required: This email address is being protected from spambots. You need JavaScript enabled to view it.

You will receive a confirmation email that will admit you to the event.