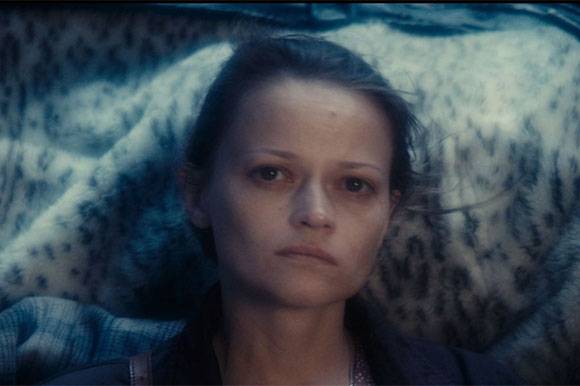 CANNES: The 70th edition of the Cannes Film Festival (17-28 May) has unveiled its official selection and the Latvians and Lithuanians will be on the Croissette as coproducers of Sergei Loztnitsa’s new film A Gentle Creature, which will screen in the main competition.

The film is a highly anticipated French, Netherlands, German, Latvian and Lithuanian coproduction with much of the shooting taking place in Latvia and is inspired by Fyodor Dostoyevsky’s short story of the same title written in 1876. The film was supported by National Film Center of Latvia Fund and The Riga Film Fund, Lithuanian Film Centre.

Bulgarian helmer Stephan Komandarev has scored a slot in the Certain Regard lineup with Posoki / Directions, his new film which is a Bulgarian, German, Macedonian coproduction. Based on real events, the script written by Simeon Ventsislavov and Stephan Komandarev interweaves six contemporary taxi drivers’ stories and a free interpretation of Anton Chekhov’s short story Grief.

The Slovak, Latvian, Czech, Hungarian, French coproduction Out directed by Gyorgy Kristof also scored a slot in the Certain Regard line-up. The project participated in Cinéfondation L’Atelier in Cannes and in MIDPOINT 2013, pitch and feedback KVIFF 2013, BES’T EAVE 2013, NCN Roma 2013 and Sofia Meetings 2015 before scoring its Cannes slot.

Another regional success story in Certain Regard is Western directed by Valeska Griseback, a German, Bulgarian, Austrian coproduction about a group of German construction workers working on a remote site in the Bulgarian countryside.

In total 49 films from 29 countries will be shown including 12 by female directors and nine debuts. Arnaud Desplechin will open the festival with a screening of new flick Ismael’s Ghosts, which stars Charlotte Gainsbourg and Marion Cotillard. The ACID section of the festival will inaugurate a new section ACID-TRIP, which this year will feature a selection of young Serbian cinema. The Quinzaine des Réalisateurs announces its line-up on 20 April.

Geu-Hu / The Day After (Korea)
Directed by Hong Sangsoo

The Killing of a Sacred Deer (UK, Ireland, USA)
Directed by Yorgos Lanthimos

In the Fade (Germany, France)
Directed by Fatih Akin

Blade of the Immortal (Japan)
Directed by Takashi Miike

After The War (France, Italy)
Directed by Annarita Zambrano

They
Directed by Anahita Ghazvinizadeh

The Villainess
Directed by Jung Byung-Gil

The Merciless
Directed by Byun Sung-Hyun