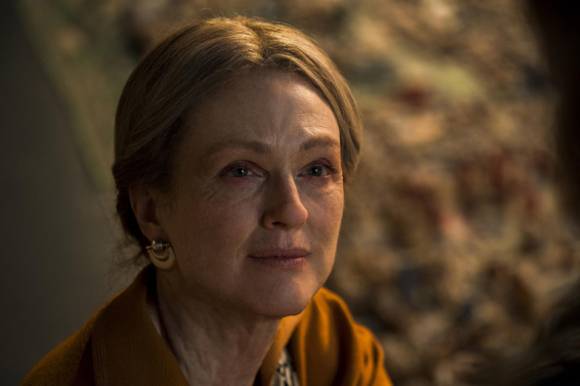 CANNES: Director Todd Haynes scores a slot in the Cannes competition line-up with this seventh feature Wonderstruck based on author Brian Selznick’s critically acclaimed 2011 epic fable for children.  Selznick is also known as a children’s book illustrator and the Haynes film follows in this groove with the main fascination of the film being its striking visuals. Selznick also wrote the screenplay for the film.

Ben played by Oakes Fegley and Rose played by Millicent Simmonds are two runaway deaf children who have both run away but 50 years apart. The come from two different eras and they both secretly wish their lives were different. Ben longs for the father he has never known, while Rose dreams of a mysterious actress whose life she chronicles in a scrapbook. When Ben discovers a puzzling clue in his home and Rose reads an enticing headline in the newspaper, both children set out on quests to find what they are missing that unfold with mesmerizing symmetry.

Ben’s story begins in Minnesota in 1977 where we see 12 year old Ben mourning the loss of his mother Elaine played by Michelle Williams who has died in a car crash. He lives with his aunt and uncle but he often returns to visit the nearby home he shared with his mother before she was killed and we see him lost in memories of his childhood with her.  He wonders about his father that his mother never told him about.  The only clue he has about his father is a bookmark he finds with the name of Kincaid Books in New York and a note saying “Elaine, I’ll wait for you. Love, Danny.”  Ben is jolted out of his dream world of memories when he is struck by lightning and loses his hearing.  Armed only with the bookmark and his mother’s savings he takes a bus for New York where he is plunged into the 1970s world of sleaze and colour of the city in that era.

Rose’s story begins in 1927 in Hoboken, New Jersey where Rose who has been deaf since birth escapes from a harsh and overbearing father by going to the cinema.  It is still the ear of the silent film and for Rose this is a world she loves. Her favourite actress is Lillian Mayhew a silent screen star played to perfection by Juliane Moore in an obvious tribute to Lillian Gish in the film The Wind. Rose collects clippings about her favourite star and when she hears that Mayhew is going to appear in a play in New York she heads for far off Manhattan to try to see her idol.  The two deaf children’s stories connect via the American Museum of Natural History when Ben and is new-found New York friend Jamie played by Jaden Michaal pay a visit there.

The film is more than anything a visual experience and Haynes’s visuals realised by cinematographer Ed Lachman are truly wonderful.  Rose’s muted story is told in black and white and is mostly silent with the music providing the background.  Ben’s story is full of colour and life.  The film succeeds in capturing the spirit of the illustrations of Selznick’s book and can be said to be more of a success on this front than Martin Scorsese’s 2011 film Hugo. Haynes has created a visually stunning meditation on childhood and memory that succeeds on many fronts and is sure to reach beyond the festival circuit into mainstream distribution.