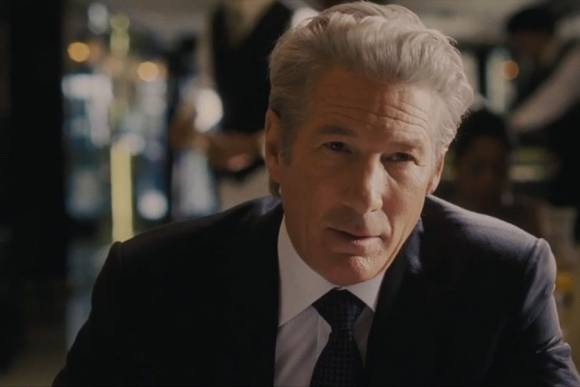 Director Oren Moverman returns to Berlin with his competition entry The Dinner boasting star power that includes Richard Gere, Laura Linney, Steve Coogan and Rebecca Hall.  Born in Tel Aviv the US based director and screenwriter has a prestigious track record as both.

He won a Silver Bear for Best Screenplay in Berlin in 2009 for his film The Messenger.  The screenplay was also nominated for the Oscar.

The film is based on the best-selling novel by Herman Koch about a dinner gathering that offers much more than fine restaurant cuisine. The novel originally published in The Netherlands was set in Amsterdam but Moverman transfers the setting to the US and one of those incredibly posh, expensive and pretentious restaurants where the rich dine to avoid having to share their space with ordinary people.

This is a four-hander between two brothers and their wives played by experienced stars who gradually shed their veneer of civilised behaviour to reveal dark and savage feelings as the conversation and the evening progresses while waiters come and go with courses of expensive cuisine.  The film is reminiscent most recently  of Roman Polanski’s 2011  Carnage although there is rather a long line of films in this genre.

The main character is Paul Lohman played by Steve Coogan a loser and a former high-school teacher who is so committed to constantly spouting his social critique of the world that he gradually starts to sound like someone who is mentally ill.  His wife Claire played by Laura Linney feels to the need to constantly protect and defend her husband.  Stan Lohman played by Richard Gere is a handsome, successful politician who is running for governor.  His trophy wife Katelyn played by Rebecca Hall is an appropriate prop for his successful career.

It is clear early on that Paul resents having to be compared to his much more glamourous and successful brother Stan.  The two couples have met up to have a very serious discussion about a violent and criminal act that was committed by their sons and to decide what to do about it.  They hover around the topic as they approach it and their thin layers of civility peel off as they get into the discussion of the moral dilemma of whether or not to publically reveal what their sons have done and the impact this will have on all of their lives.

Coogan turns in a highly strung and dark performance as the central figure of this four hander with nothing comic to relieve the tension.  While there is a certain amount of staginess to the whole set-up like Polanski’s Carnage the dialogue is more convincing.  Moverman moves away from the four hander format with flashbacks to break up the dialogue and give the film some action but this may be more of a distraction than a successful intervention.

Richare Gere has teamed up with Moverman recently starring in Time Out of Mind a highly realistic drama about a homeless man.  Gere turns in a polished and complex performance as Stan playing that rare and sometime presumed to be extinct creature a politician with a conscience and high moral standards.  Both actresses turn in fine performances although it is Linney that gets a juicy scene to play near the end.  The film succeeds and is likely to garner a string of awards for the actors in the main roles although strong results at the box office might not be part of that success.