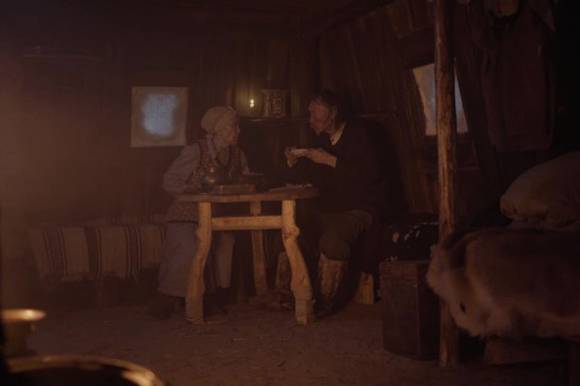 The Lord Eagle by Eduard Novikov

MOSCOW: Russian director Eduard Novikov received the Golden George for Best Film for his The Lord Eagle at the 40th edition of the Moscow International Film Festival, which took place 19-26 April 2018.

Set in 1930s in the deep taiga of Yakutia in the far north of Russia it is a story of the simple life of the people who live with their cows, hunting and fishing.  But one day life in the village is changed when an eagle files into the garden of an old couple. The eagle is sacred to the people of Yakutia and the eagle eventually takes up life in the home together with the old couple in this fable.

The festival finished last night with a party at the Izvestia Hall near Pushkin Square instead of its usual all night bash on the banks of the Moscow river in Gorky Park due to the festival’s earlier April slot this year. The festival is usually held in late June but the FIFA 2018 football contest, which is being held in Russia this year in June and July, meant the festival was shifted to an earlier date.

One of the undoubted highlights of this year’s festival was the programme Baltic Films Throughout a Century, a retrospective which screened six films from Lithuania, Latvia and Estonia spanning the past 100 years.

The Russian Films programme curated by Irina Pavlova unspooled the top Russian films produced over the past year and as usual was one of the biggest draws for foreign critics attending the festival.