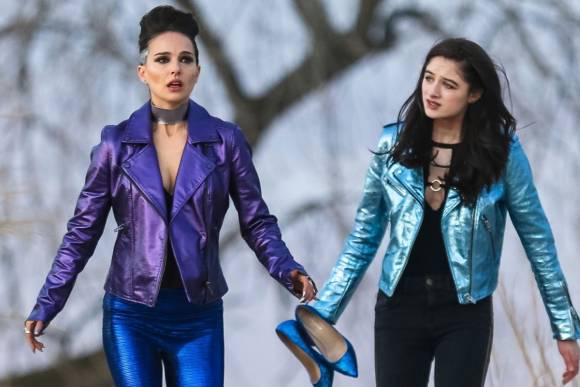 VENICE:American director Brady Corbet arrives in Venice in competition with his second film Vox Luxwhich is a more mature work in the same genre as his first film The Childhood of a Leader. Corbet is interested in examining key events that define their era using fictional characters the just could be modelled on unnamed real life historical figures that we already know.

The Childhood of a Leaderwas set in Europe in the early part of the 20thcentury and examined events that shaped the protagonist who witnesses atrocities and later becomes the cause of atrocities in the next era. In his director’s statement Corbet said that the film was inspired by the revisionist histories of Robert Musil and W G Sebald who construct events and fictional characters who are eyewitnesses of crucial historical turning-points, or real-life personages placed in altered historical settings. “For me, these stories demonstrate a more transparent contract with the reader than the traditional historical biography, because one is able to access the past without questioning the author about how they could provide such a detailed account of an event without having been present for the event themselves. Or if they had been present, in the case of a memoir, has their memory of past experiences not betrayed them?”

In Vox LuxCorbet looks at history from 1999 to 2017 through the life of a fictional pop-diva Celeste who is shaped by the events that define the era and in turn becomes part of the cultural patterns that shape our history and our lives.

The story starts out in 1999 with a very young Celeste played by Raffey Cassidy caught up in a Columbine style mass shooting at her Staten Island school.  She is the sole survivor and she at the memorial service for her murdered schoolmates she sings a beautiful song she has composed that propels her to immediate international fame.

Throughout the film the director has called on Sia to provide original songs and music which is a big part of what makes the film a success.

Before long the 13-year-old Celeste is on the road as a pop star supervised only by her sister Eleanor played by Stacy Martin who is her guardian in an environment flooded with drugs and men who will no doubt later be candidates for MeToo but for now prey on the young girl.

The next historical event is 9/11 in the traumas that shaped the era and our heroine is already traumatised from her personal experiences of the pop world.

By now Celeste is a Lade Gaga style pop superstar and life begins to imitate art when killers dressed in typical Celeste stage style costumes carry out a mass shooting in Croatia.  Natalia Portman turns in a career high water mark performance as the damaged and drugged out Celeste.

In a concert sequence we see Portman weaving and high with totally shot nerves moving through her songs and stage show like a burned out soul.  In another Sia hit song Portman sums up her character singing “I’m a private girl in a public world.” The music production team includes Stargate and the concert sequences have a real vibe.

This looks like mainstream stuff and with Portman in the lead it is likely to find a wide audience after its Venice premiere.