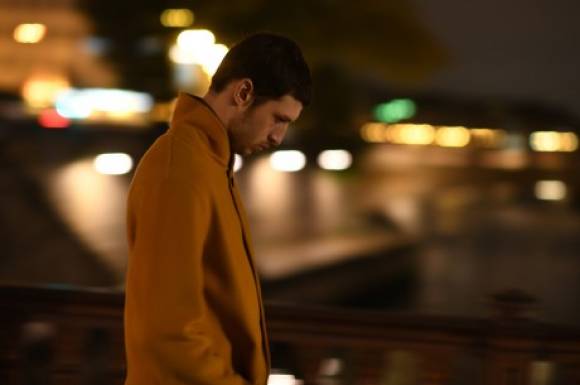 BERLIN: Israeli director Nadav Lapid has scored a slot in the main competition at Berlinale with his third outing Synonyms/ Synonyme, a French, Israeli, German coproduction.  The semi-autobiographical story has its roots in Lapid’s own experiences in trying to integrate himself into the French and more specifically Parisian culture and opens up a highly relevant questions about identity, immigration and fitting into a new and different culture.

A young Israeli man, Yoav, played by Tom Mercier, has arrived in Paris with great expectations. Things do not get off to a good start. He shows up at a flat that turns out to be empty and so makes himself at home and settles down to take a bath. While he is there, his things are stolen. This is the beginning of his strange relationship with the hip young Parisian couple Emile played by Quentin Dolmaire and Caroline played by Louise Chevillotte find him passed out in the bathtub naked and freezing,

Emile and Caroline are almost a pastiche of the French cool couple.  Emile is possibly a bisexual and he is writing a book titled Night of Inertia which sums up his lack of any real action in life. Caroline is sexy, chic and a classical musician who plays the oboe.  Email and Caroline take Yoav into their apartment where they give him a new set of clothes, a mobile phone and enough money to see him thorough the next phase of his new life.

Despite this rough start Yoav is determined to get rid of his nationality as quickly as possible and assume his new Parisian identity. For him, being Israeli is something he tries to have surgically removed. He sees becoming French, as a form of salvation.

The is a cinematic debut for actor Mercier and if there is still any meaning in the cliché “a star is born” then this is the right time to trot it out again.  Mercier auditioned for the role and he brings a physicality and energy to the role of Yoav that can only be described as amazing. Frequently called upon to perform naked Mercier’s body language overwhelms with or without clothes..

Yoav refuses to speak any word of Hebrew and his crazy and bizarre use of the French language as he plunges into trying to express himself in his adopted language is part of the film’s appeal.  Yoav relies on his dictionary to express himself in situations where is command of the language fails him.Mercier as a non-native French speaker plays this unorthodox use of the French language to the hilt.

But there is a back story as to why Yoav a former Israeli soldier is so determined to shed his Israeli identity and this slowly comes to light as we catch glimpses of him in the life he left behind. The film is a high energy off kilter piece of bravado filmmaking that looks the Israeli macho culture and French intellectual pretensions without pulling any punches and it will stir up controversy at home and abroad but it is likely to become a darling of festival audiences who come along for the ride.