FNE at Cannes 2019: Review: Once Upon a Time… in Hollywood Featured 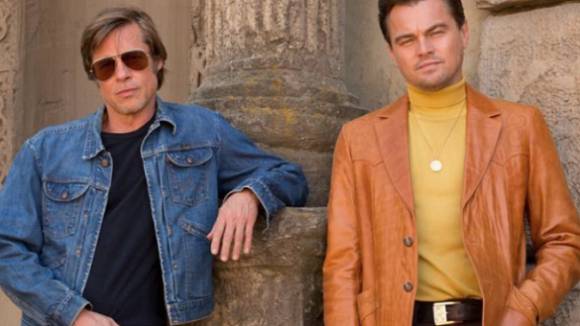 CANNES: Director Quentin Tarantino is back in Cannes competition with Once Upon a Time… in Hollywood probably one of his best efforts since his 1994 win here with Pulp Fiction which shot him to international fame overnight.  It is also ten years since another highly successful Tarantino film Inglourious Basterds had its premiere in Cannes. The intervening years have not seen much from the director that measures up to this earlier work by then how many directors have ever produced a film like Pulp Fiction that defined a whole era of cinema? Perhaps that is a once in a career event.

Once Upon a Time… in Hollywood  boasts a star studded cast including Leonardo Di Caprio, Brad Pitt and Al Pacino which will ensure box office no matter what the Cannes jury decides. And there and many scenes of Tarantino style brilliance that make this film well worth watching whether or not it is a masterpiece it is definitely a very good film.

The story is set in Hollywood in 1969.  Rick Dalton played by Leonardo DiCaprio, is a star of TV Westerns that were popular in the 1950s and  1960s but who is now getting a bit too hold for this kind of Hollywood Western hero.  His stunt double is Cliff Booth played by Brad Pitt who is also Dalton’s best buddy, driver and all round indispensible friend.  Both are alcoholics who  have been around the block more than a few times in Hollwood and know its backlots like the backs of their own hands.

But Hollywood is changing and Rick and Cliff need to change too although it is not clear whether the new Hollywood is going to need these two characters.  We follow these two onto films sets that Tarantino fills with brilliant scenes of fantasy dialogues like Rick discussing the meaning of acting with an eight year old girl who is his costar and good ole boys two handers between Rich and Cliff that give Di Caprio and Pitt a chance to fully enjoy themselves as the turn in winning performances. You just know these guys had fun playing these characters.

Things change and the film takes on a different tempo in the second half when they encounter the Charles Manson family. Sharon Tate played by Margot Robbie and her husband Roman Polanski played by Rafal Zawierucha have rented a house next door to Rick.  Tarantino seems to have captured the danger and looming threat of these would be hippies that made up the Manson so-called family.  It should be mentioned that the real Polanski family has objected to using Polanski as a character in the film saying that this exploits a real-life tragedy.

Only someone as in love with the old Hollywood as Tarantino could have recreated 1960s with as much detail, style and wit as this film does.  We are really back in a time warp that brings the period to life but in a surreal way. As with all Tarantino films the music of the times plays a very important role in setting the atmosphere and the pace.

Rick who is now forced to give up being the Western hero turns out to be a brilliant actor in the end.  He links up with a dodgy agent Marvin Schwarz played wonderfully by Al Pacino who convinces Rick to agree to make a spaghetti Western in Rome so Rick goes off to Italy for six months together with Cliff.

Back at the Manson cult ranch there is a party where we see many famous people passing through played by like Steve McQueen played by Damian Lewis and Mama Cass played by Rachel Redleaf.  Bruce Dern even puts in an appearance.  All this is leading up the violent end that became the Manson cult murders.  While no one is more of a master of orchestrated violence than Tarantino this final part of the film is perhaps less convincing that all that so brilliantly came before.

Once Upon a Time… in Hollywood (USA)