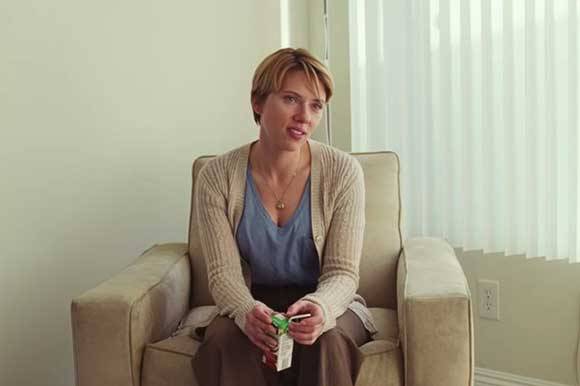 VENICE: Director Noah Baumbach already has ten feature films to his credit so it is no surprise that this already accomplished and respected filmmaker has landed in the Venice competition with his latest offering Marriage Story. What is surprising is that this just might be his best film yet.

Baumbach also wrote the script for this incisive and compassionate story of a marriage breaking up. In a statement Baumbach said “Movies are what has healed some of my darkest moments and helped me understand what I thought was beyond me. Sitting in a movie theatre, allowing the empathy machine that is cinema work on me. Divorce is the story of so many marriages, and a source of shame and isolation. The legal system of divorce is set up to divide, necessarily. It divides people, family, property and time. It keeps everyone in their own narratives and obfuscates the other person’s point of view. But I wanted to construct another way of looking at it, a more generous offering.”

Starring Scarlett Johansson as Nicole and Adam Driver as Charlie, turn in bravura performances that just might be career bests. Caught up in both their personal drama as the divorcing couple, full of emotion and heartbreak, they are also thrust into the divorce legal process that society imposes on a married couple when they decide to end their marriage.

Charlie and Nicole have been married for ten years and have an eight-year-old son, Henry played by Azhy Robertson.

Nicole is an actress who grew up in Los Angeles. She scored an early hit in an indie film before moving to New York when she married Charlie. Charlie runs an experimental theatre in New York and Nicole is meant to be his star. But anyone who knows the yawning gap between East Coast and West Coast American mentality knows the chasm between these two lifestyles and outlooks on life is as great as if this couple had come from opposite sides of the planet.

After ten years in New York with a career that is not really going anywhere Nicole has a chance to star in a TV pilot out in LA that just might kick-start her career again in the direction she wants to see it going. In an incredibly telling scene Charlie tells Nicole how he doesn’t watch TV more indirectly delivering a message to Nicole that what she sees as a career is for him valueless.

Realising that she has been living Charlie’s dream and not her own Nicole takes their son and moves back to the West Coast, from where she instigates divorce proceedings. Charlie follows her but still believes they are a family who will be living in New York and sharing custody of their son. It is easy to see from the many small scenes in their life that Baumbach shows us that there is a couple who still love each other but just cannot make a life together that satisfies both of them.

Both of them hire divorce lawyers to fight it out in the heartless court system. Nicole hires celebrity divorce lawyer Nora Fanshaw played by Laura Dern and Charlie, after a few false starts, ends up represented by a battling lawyer played by Ray Liotta. Both Dern and Liotta turn in great performances as the ruthless and unfeeling representatives of a legal process that leaves no winners in its wake.

This is probably the best divorce film in nearly 40 years with nothing as incisive and multi-layered in memory since Kramer vs. Kramer. As often as marriages end in divorce and as dramatic as the stories of broken marriages and their unravelling are, it is surprising there are not more films like this. Baumbach is sure to find a large audience for this intelligent and well made film.