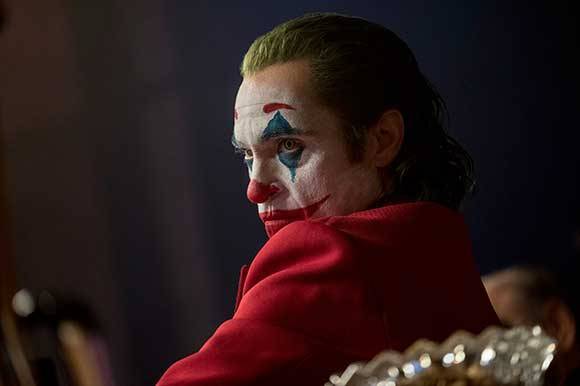 VENICE: Director Todd Phillips enters the Venice competition lineup with what just might be the first Batman film that is for non-Batman fans. His film Joker takes the usual Hollywood comic book franchise into much deeper and more interesting psychological territory than the usual special effects laden star vehicles. while still managing to deliver all the expected Gotham City sets and characters in full regalia. Set in a thinly disguised New York City of either the late 1970s or the not distant future, when the city is overwhelmed with crime, greed, filth and society’s breakdown, we see the origins of the famous characters of the later films.

The film is about the birth of the Joker, the iconic arch nemesis of heroes Batman and Robin, who arises out of the fractured mind of Arthur Fleck. The director Phillips, who also co-wrote the script with Scott Silver, said in a statement “I was always intrigued by the complexity of Joker and felt his origin would be worth exploring, since nobody had really attempted that before. In fact, part of his lore was that he didn’t have a definitive origin, so Scott Silver and I sat down to write a version of how he may have come to be.”

Arthur is played with unequivocal brilliance by Joaquin Phoenix. Arthur is a loser who has become lost in Gotham’s hopeless and rotten society. A clown-for-hire by day, he aspires to be a stand-up comic. His hero is the host of a late night TV show Live with Murray Franklin with Murray played by Robert De Niro. Arthur watches it religiously with his mother, Penny played by Frances Conroy, in their dingy and run-down apartment and dreams of one day appearing on the show.

But Arthur has serious mental health problems and is already on medication to control his mental illness. He is not going to succeed in anything and headed from increasingly worse bouts of insanity.

This is Joaquin Phoenix’s film and his portrayal of Arthur is astonishing and probably headed for Oscar territory. Phoenix lost weight to play the insane Arthur and he looks all the more demented as well and pitiable in this trimmed down version of himself.

In the beginning of the film we see Arthur, who has been hired to dress as a clown walking the depressing streets advertising a store that is closing down with a sign that says “Everything Must Go”. He is beaten up by a gang of kids for no reason other than that he is vulnerable.

That is one of the most interesting parts of both the film and Phoenix’s portrayal of the Joker. While we increasingly see his descent into insanity and taking on the persona of the Joker character who becomes absolutely evil, we still feel sympathetic towards Arthur.

What tips the freak and loser Arthur completely over the edge is when due to cuts in social support the meds he is taking to control his mental illness are taken away. This comment by the filmmakers on society’s responsibility for the mentally deranged killers that seem to have become all too common is hard to miss.

Arthur meanwhile finally meets and is of course rejected by his hero Murray Franklin and we see Phoenix dressing in full Joker regalia and taking on the character that he will become in the further Batman movies.

Tour-de-force is too little for Phoenix’s performance as the Joker. He manages to give the comic book character complexity and portrays his descent into total madness in a way that fascinates as it repels. This is a film headed for both critical acclaim and huge box office.