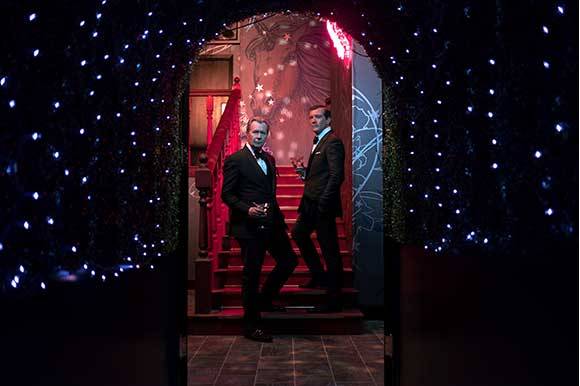 Gary Oldman and Antonio Banderas in The Laundromat by Steven Soderbergh

VENICE: Director Steven Soderbergh’s film The Laundromat, which screens in the main competition in Venice, is based on the book Secrecy World: Inside the Panama Papers Investigation of Illicit Money Networks and the Global Elite by Jake Bernstein. The book and a series of exposes articles in 2015 came into being when documents that became known as the Panama Papers were leaked to journalists by someone inside the Panamanian law firm of Mossack Fonseca, one of the world’s largest providers of offshore corporate services. The documents revealed information about more than 200,000 offshore companies and set off an avalanche of scandal and money laundering investigations around the world, although no one is assuming that anything has changed in this system that aides the super-rich in hiding their money from tax-authorities and government officials.

But Soderbergh’s film is not a documentary and he has used the story telling device of an innocent victim, who suffers from the kind of things that are the end-game of this kind of money laundering industry.

Ellen Martin played by Meryl Streep is an average, recently retired American, whose husband played by James Cromwell dies in a boating accident along with a number of other victims. But when Ellen tries to collect on her insurance she finds out that due to a scam she will get nothing. Angry Ellen begins to try to unravel the layers of off-shore companies that have created this situation.

What she finds is the kinds of financial wheeler dealers that created the Panama City law firm that the Panama papers were leaded from. Soderbergh plays the story for irony and laughs and we see Jürgen Mossack played by Gary Oldman and his partner Ramón Fonseca played by Antonia Banderas in a series of face to camera shots giving us the low-down and how money and the corrupt global financial system really works to make sure that the super-rich continue to get richer while people like Ellen get screwed.

Soderbergh gives us a series of lessons in international finance and plays it for laughs with nice touches like Mossack and Fonseca telling us how common the use of shell companies is and that even the director of this film has several of them. Streep is an unlikely uncover investor into the world of offshore finance but it doesn’t seem to matter as she is really just a vehicle for the director to let us know about this corrupt world of high finance that is ruining our lives for profit.

Soderbergh has dealt with this kind of topic before but in a totally different way in his excellent earlier film Traffic, which also delivered a powerful message on corruption and the drug trade and how when big money steps in governments and law enforcement lose control and greed takes over. Traffic was a dark and powerful film and one of Soderbergh’s best. In some ways The Laundromat covers the same territory but in a much lighter way. Maybe over the 20 years since Soderbergh made Traffic he has mellowed but the message of how power and money corrupt is still the same.