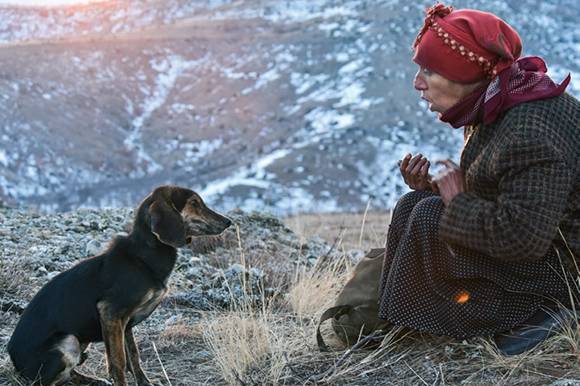 The North Macedonian film Honeyland has raked in at least 20 awards from festivals on six continents. The film about the last female wild bee keeper in Europe, whose life and work is upended by the arrival of a large immigrant family, was produced by Trice Films and Apollo Media, and is North Macedonia’s entry for the Oscars.

Putin’s Witnesses is a coproduction between Latvia, Switzerland and the Czech Republic, produced by Latvia’s Studio Vertov and coproduced by Golden Egg Production (Switzerland) and Hypermarket Film (Czech Republic). The film, which looks at Putin’s rise to power, won Best Documentary at the Karlovy Vary IFF.

Georgian actor Levan Gelbakhiani has been nominated for Best Actor Award 2019 for his role in the Swedish production And Then We Danced.

The winners will be selected by the 3,600 members of the EFA. The EFA awards ceremony will be held on 7 December 2019 in Berlin.