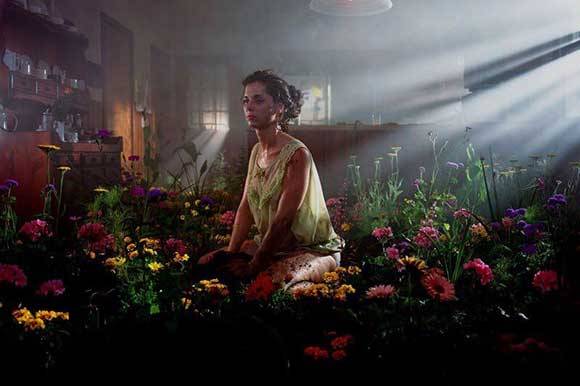 COTTBUS: The Polish film Wet Monday, the feature film debut of Justyna Mytnik, aspires to take the subject of a teenage girl dealing with the trauma of a past rape and turn it into a fantasy drama with comedic elements. The film was pitched at connecting cottbus, 6 – 8 November 2019.

The film is woven into the Polish Easter tradition. Wet Monday is the day after Easter, when boys throw water on girls, in a mixture of violence, sexuality and play. The story begins a week before the anniversary of the rape of 15-year-old Klara, the week leading up to Wet Monday. She notices her 17-year-old sister has been flirting with Lucas, the 18-year-old who had raped her. Klara, suffering from nightmares, seeks out a folk healer in a pagan cleansing ritual that frees her of nightmares filled with images of violent rabbits. When Wet Monday arrives, the streets are red with blood and Klara’s nightmare rabbits comet to life, turning on her rapist.

The team of producer Marta Gmosinska from Lava Films and director Justyna Mytnik said the film style would create a world of magical realism.

The project is now in development, which has been fully financed by MEDIA and Polish Film Institute funding of 70,000 EUR. The total budget is 850,000 EUR. The producers said that the Czech production company Bionaut is partnering on the production, and they are seeking an additional Baltic or CEE coproducer. The film will shoot in the spring of 2021.

Supported by the Polish Film Institute and Creative Europe MEDIA