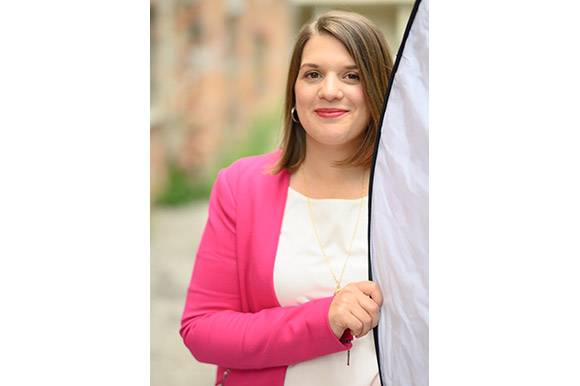 We have asked Sten-Kristian Saluveer, founder and CEO of Storytek Creative Hub, to introduce some of the hottest new projects from Storytek, so that FNE readers have the chance to understand the concept on which Storytek was built: “Great storytelling needs outstanding tech and great tech needs outstanding storytelling.”

This month we speak with Victoria Buchy, CEO and co-founder of Velvet Icons Productions, a Canada-based company specialised in innovative approaches in film and new media, about the company and its flagship project, La Boheme.

Often when we talk about innovation in the media sector, we are talking about creating technologies to solve problems and streamline processes. Velvet Icons Productions takes a different approach. Rather than creating technologies, we are taking innovative approaches to production and distribution that make the most of the possibilities tech offers us.

Velvet Icons Productions is a film studio for the digital era. The company builds production and distribution models that combine the connectivity of social media with the content-centred approaches of traditional production models. Far too often we are presented with a false dichotomy between human-centred storytelling and technological sophistication. Velvet Icons refuses this dichotomy, embracing technological disruption to support the connection between audiences and storytellers.

The company is founded on a belief in the importance of well-crafted stories. We believe in humour and kindness and we believe that it is very difficult and worthwhile to create work that is both deeply personal and formally coherent. Our goal is to bring such work to the audiences that will love it.

We are also very aware that if you are going to succeed in content you have to cut through the noise and own the audience. You don’t just need great storytelling, you need fan loyalty. This is why film franchises play such a key role in the market today. The market is highly saturated and a committed fan-base that can be cultivated over time is extremely important.

Major producers like Marvel and Disney successfully transform content into valuable brands across platforms and products. Velvet Icons adapts this studio system to the way people use the web by strategically linking content across popular social media channels, blogs, videos and retail platforms.

Many of the most successful social media—from Facebook to Instagram to Twitter—are structured around profiles of individuals. These platforms essentially allow people to interact through social media avatars, unlike the average website. The success of these social media channels is based in part on the fact that people like to follow other people.

This was a lesson the film studio Biograph learned the hard way at the beginning of the film industry. In their early productions, they did not release the names of actors, even though audiences demanded to know. Ultimately, Biograph lost their star performer Florence Lawrence, known as The Biograph Girl, to IMP, the Independent Moving Pictures Company. IMP promised to turn the performers into stars and the Hollywood star system was born.

It’s difficult to underestimate the power of the personal brand in media. The profile-based structure of modern social media offers a new underlying structure for media empires, that has been exploited with much success by reality stars and social media influencers.

With our flagship project La Boheme, we will integrate these new business models with traditional story-focused production models. We are creating an engaging TV show for web that follows the lives of artists in a society where attention is currency and attention spans are short. It is about obsessive and flawed people trying to find their creative path in a world where stylisation and pretense stand in for reality. We will integrate the show with social media channels and seamlessly blend new business models with traditional storytelling by building around personal brands.

About the Author: Victoria Buchy is a seasoned executive who is passionate about creating a vibrant cultural sector. From live music performance to film, she is addicted to creative chaos and won’t stop transforming big creative dreams into organisational success.

Victoria draws her expertise from more than a decade in the non-profit and performing arts industries. She began her career managing telesales campaigns for Canada’s largest theatre producer, Mirvish Productions. From there, she went on to become the Director of Operations at The Glenn Gould Foundation. Her primary responsibilities at the Foundation were to lead and produce high-end and often complex celebration events for three Glenn Gould Prizes cycles (Dr. Jose Antonio Abreu, 2009; Leonard Cohen, 2011; and Robert Lepage, 2013). Victoria also served as the Executive Director at the Toronto Children’s Chorus, an internationally-renowned choral education programme and the largest choral organisation in Canada. In addition to leading daily operations, finance, marketing, and fundraising strategies, Victoria had the special opportunity to manage multiple performance tours in Canada and abroad.

Contact:
www.velveticons.com
This email address is being protected from spambots. You need JavaScript enabled to view it.