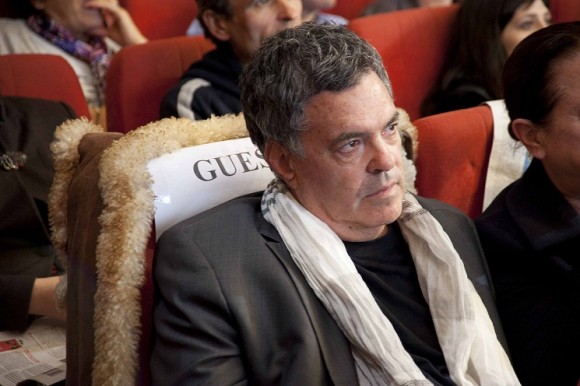 The only Romanian film in the competition, Iulia Rugină’s debut feature Love Building was awarded Special Mention and Audience Award „for the enthousiasm and the energy of the whole young team”. Love Building, an independent production starring a 31 young people of various professions which attended the acting courses of Dragoş Bucur, Alexandru Papadopol and Dorian Boguţă, will open in the Romanian cinemas in autumn. The critics prize went to Wrong by Quentin Dupieux.

The international jury was composed of Dan Făinaru, Dragan Marinkovic, Horia Lapteş, André Ceuterick and Grazia Volpi. Seven films were screened in the Competition and nine films in the Panorama. The festival also shown special hommages to the Romanian actor Victor Rebengiuc and Romanian director Elisabeta Bostan - which received Excellency Prizes. Luchino Visconti's The Leopard had a special screening in complete and restaured version on April 20, exactly 50 years after its premiere.

B-EST IFF opened on April 15 with The Hunt by Tomas Vinterberg and closed on April 21 with Cesar Must Die, by Paolo and Vittorio Taviani, in the presence of the producer of the film, Grazia Volpi. The Israeli Amos Gitai was another the special guest of the festival which gave him an Excellency Prize. B-EST IFF is organised by Charta Foundation with the support of the National Centre for Cinema and the Romanian Cultural Institute.