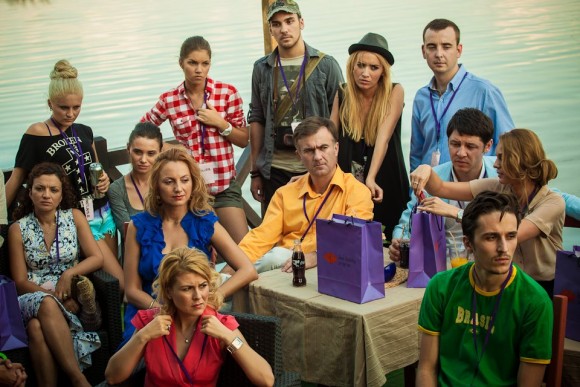 BUCHAREST: Iulia Rugină's first feature Love Building is the first Romanian film not produced by MediaPro Pictures that has been picked up for local distribution by MediaPro Distribution.

The ultra-low-budget film, produced by the acting school Actoriedefilm.ro and starring 31 non-professional actors,  will be also shown on Pro TV which is also part of MediaPro trust. It was also acquired by HBO Romania.

Love Building was written by Iulia Rugină, Oana Răsuceanu and Ana Agopian, and follows 14 couples as they attend a seven days camp for couples therapy. The film was initially planned as a film school project but the three founders of Actoriedefilm.ro, actors Dragoş Bucur, Dorian Boguţă and Alexandru Papadopol (who also appear in the film) decided to produce it as an independent feature.

Love Building will be released in the Romanian cinemas on 13 September 2013. It received the Special Mention and Audience Awards at Bucharest International Film Festival B-EST held in mid-April.